By Holly Williams in Music / Festivals on 08 October 2015

The internet star is out to prove that even cats can record music.

Okay, so we've heard about quite a few ridiculous musical projects in our time, but this really takes the kitty biscuit. It's always a sign of how cats are taking over the internet whenever someone's particularly adorable feline rises to fame, but when they go on to record an album? That's a new one. And yet, Lil Bub (short for Lillian Bubbles), a cat famous for her unusual appearance has done just that. Apparently. 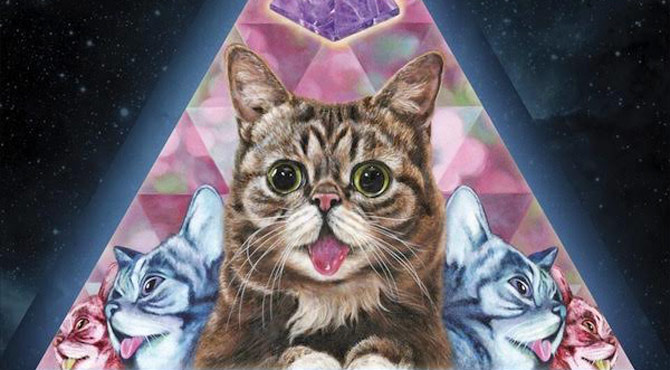 Lil Bub is a cat of many talents

She's releasing an electronic album entitled 'Science & Magic' with the help of her best friends Matt Tobey and Mike Bridavsky and many of her fans - including rock musician Andrew W.K. - are really excited about it.

Andrew W.K. Completes 24-Hour Drumming Marathon, With A Little Help From His Friends

The singer/songwriter loves a good party, so he kept a day-long drumming party going for the full 24-hour stretch yesterday

Andrew W.K. isn't you're conventional musician, he's more of a vagabond who travels through as many musical landscapes as is humanly possible, bringing his own party-loving twist to every place he visits on his musical quest. His latest stop off was to exemplify just how much of a badass he is behind a drum set, so the 'Party Hard' singer organised a full 24-hour drumming marathon, enlisting the help of some famous faces to help him see out the full stretch.

Performing as part of the O Music Awards, Andrew began the marathon on Wednesday (June 19) night, bringing in the help of ?Uestlove and the Red Hot Chilli Pepper's Chad Smith to see the marathon off when his arms became too heavy to keep going. The day-long record breaking feat - breaking the record for the longest amount of time spent playing the drums in a retail store - was held in Times Square and streamed live as part of the O Music Awards' live stream.

"WE DID IT!!! 24 HOURS OF DRUMMING!!!" the rocker and motivational speaker tweeted on Thursday (June 20) night, adding, "Remember... I didn't do it, WE did it. You were with me every beat. I feel very emotional and party."

Illusionist-cum-daredevil David Blaine is currently in the midst of a shocking new stunt, in which 1,000,000 million volts will pass through his body over a three day period. Sparking things off last night (Friday October 5th), Blaine has set up shop at Pier 54 in New York City for his trio of dates that he is calling; Electrified: One Million Volts Always On.

For the stunt, Blaine has surrounded himself with the massive amounts of electricity using Tesla coils - named after their inventor Nikola Tesla. Blaine is also wearing a chainmail bodysuit to work as a barrier between him and the electric currents, as well as a helmet fitted with a special visor to protect his vision and a specially designed passage through the coils that allows breathable air to flow through to him. He is also wearing special noise cancelling headphones, allowing him to communicate with the people below him.

But the stunts doesn't just come to an end on Sunday night, as party-loving rocker Andrew W.K. will be joining Blaine at around 7.30pm on Sunday to hook his keyboard up to the million volts. According to W.K.'s website, "Andrew will perform a unique keyboard solo using a tesla coil powered instrument in which David Blaine will be imprisoned as 1,000,000 volts of party music surge through his body."

E.B. is a young bunny who wants to see the world, but he's got one small problem, he's the next bunny inline to be named as the Easter Bunny, a career path that E.B. is very reluctant to take. Deciding to put his destined career on hold, E.B. decides that Hollywood is the place to be, but he quickly discovers Hollywood isn't a safe place to be for a small bunny when he's knocked over by a car. 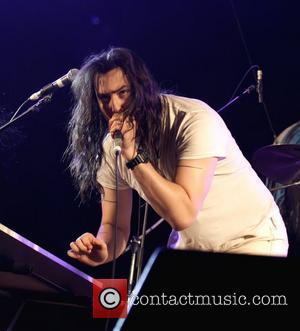 Andrew W.K. Completes 24-Hour Drumming Marathon, With A Little Help From His Friends