Review of Curse our Love Album by Young Rebel Set

The first few bars of this record by Young Rebel Set have an uplifting beat, and comforting northern vocal, enough to make you smile. The voice shifts, from track to track, between The Coral's James Skelly, and Liam Fray of The Courteeners. The overall sound of the record is of joy, and the nostalgic indie cosiness of a cool band walking at the seaside, an atmosphere reminiscent of when The Kooks were cool, but with slightly more technical finesse. The sound is chipper, cheerful, something you can bop to in your bedroom, but the upbeat musicality is juxtaposed with poignant, melancholic, fairly dark lyrics, which gives the songs a depth often lacking with other bands. 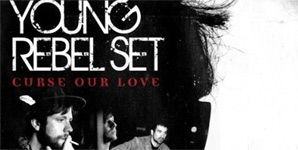 The sound makes you smile, and with lyrics like; 'I'm so glad that I met you, when you fell into my bed cos this is far better than knowing you instead', it is a distinctly indie sensibility. On the tenth track; Special Days, the inclusion of two words; 'Once more' really made me laugh. With a beautifully and comically northern delivery, chipped in at the end of one or two lines, it creates a character for the song, and the cheekiness captured by The Courteeners.

The record is built with solid quality, and there isn't a bad song on it. Every line feels very eruditely crafted, like the music is being created, looked after, and played properly. It feels like you're in safe hands, every track is enjoyable, in the best sense of the word.

The record ends on a sombre note, with the track; Billy's Dead. It talks about; 'my darkest hour', and creates a slightly anticlimactic feeling, as you give an exhalation of sadness, after the upbeat songs that precede it. The lyrics are beautiful; 'Billy died of a broken heart, couldn't bear to be apart from the one he loved too much', 'And in my darkest hour of despair I'm only glad she wasn't there to see me as the lights went out', but the rest of the record leaves you unprepared for the darkness of this final note.

Being my first encounter with this band, Curse our Love has definitely left me sufficiently impressed by them, as they are clearly passionate, masterful musicians, who know what they're doing, and I'll definitely be looking for more of Yong Rebel Set's work. They have a new fan. This is an indie sound, yes, but with intelligence, and musical execution that makes it very, very credible. The lyrics are poetic, elegant, and cheeky in places, and give the songs substance. This isn't fluff, or generic, empty pop. These are credible songs, with depth, and significance, but musically, they are upbeat, uplifting, joyful. The coupling of darker lyrics, and the telling of morose stories, with ebullient music, is refreshing, and you usually only get one or the other. These songs manage to be upbeat, and meaningful. You can dance to them one day, at your favourite bar, or knee-deep in mud at a festival, and cry over a break-up to them the next. Should we call them 'all-rounders'? I think we should. 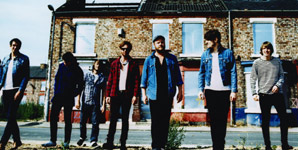 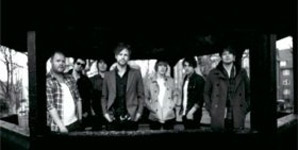