Review of WZRD Album by WZRD

It's safe to say that hip-hop and rock music are two genres that always seem to find one another, rock is the yin to the yang that is hip-hop. But with all terrible metaphors to one side this is the latest incarnation of Kid Cudi, putting his rapping and burgeoning acting career on hold as he delivers his first rock album, with the help of long time collaborator Dot da Genius Cudi plays the role of leader singer as well as guitarist on WZRD. 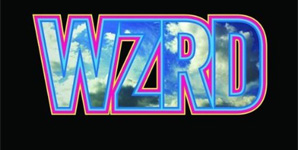 As many will tell you, a proper crossover can rarely seem to hit the mark well at all and for a rapper to assume responsibility on a rock album takes huge balls. So first off kudos to the two first trying their hand at a genre that is outside of their comfort zone. On Cudi's second release Man On The Moon vol. II: The Legend of Mr Rager he first attempted this leap into the void on 'Erase Me' although as any fan of his will tell you he is by no means genre specific. That said this is not such a far cry from much of Cudi's past work, sure the focus here is on rock, but how many times have we heard programmed drums or the personal lyrics on a past release. This still sounds like a Cudi release, and throughout the album I was anticipating Yezzy's guest spot, it even has the instrumental opening we've come to expect from Cudi with 'The Arrival.' But what differs is that WZRD is Kid Cudi with a rocky zest, its Diet Kid Cudi.

So how does it sound, Cudi and Genius' take on 'alt-rock'? Other than the characteristic Cudi parts the album is just that, a very average 'alt-rock' release. As those of you familiar with Cudi's distinctive, back-of-the-throat style would expect the biggest problem is that the vocals and the guitar-laden backdrop just don't suit at all. His fluidity comes by the bucket-load usually, yet on WZRD it's all but gone, lost in the sea of fuzzy and cluttered guitar. In an interview with Billboard the two cited ELO, Nirvana, the Pixies and Pink Floyd as the key influences behind the album and after years of listening to these artists I can honestly say that none have made me want to make the kind of angst filled, Blind Melon era college radio rock that is on offer here. As exemplified on the duo's take on 'In The Pines' this is music that a proto-grunge band like Nickelback would be proud of. In fact, singling out 'Where Did You Sleep Last Night' is unfair as the rest of the album sounds just as dire and at least on this track you do get some sense of emotion from the group.

Let's face it, the chances of this album being something exceptional was pretty slim from the word go. Kid Cudi learns to play the guitar, calls his friend up and they make an album together, this isn't exactly the script for the built up to a phenomenal rock album. But it must have been fun for the two, and you can't help but think that the sole person of this album was not to change the way we think about rock music, just an outlet for Kid Cudi to flex his musical muscles and have fun doing it. With Man On The Moon III slated for a release later this year WZRD probably didn't have the duo's undivided attention, however a fully focused output may not have been anything exceptional either. However the two can take solace in the fact that WZRD is a million times better than Weezy's Rebirth.