Wolventrix - Ours Till Dawn Album Review

Review of Ours Till Dawn Album by Wolventrix

London indie-rock band Wolventrix release their debut album, Ours Till Dawn, the follow up to their EP The Berlin EP. This is their first full-length release since their formation in 1999, and the time it has taken for them to release a full length album leads one to the belief that it will live up to expectations. 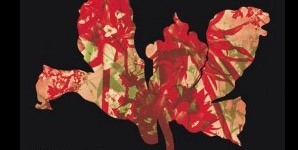 Initial thoughts on the first few songs are good but slightly confusing. A listener's opinions on the music swings from what feels like almost folk music to the self-confessed indie-rock genre like a pendulum swings on a clock. It's the vocals that are the cause; the chilling high pitched vocals of lead singer Tom Walkden sound like they wouldn't be out of place in Irish folk but they also work really well for the genre of music that the instruments create. They are softer than would usually be expected for the type of music - indie rock - but it works really quite well. Lyrically, there's not really a question, it's beautifully done. There's depth and relevance in the themes explored in the lyrics - themes of love and loss - but it isn't done in what could be described as a 'tacky' way. It's more evocative and emotional than that, thought provoking and full of depth.

Suddenly, out of nowhere, Brave Marine Explorer comes on. This song is the turning point of the album; it changes the pace of the album from emotive, depth-filled compilation into more of a groove-fuelled comedic album. It's unexpected but exceptionally done. The themes of the lyrics don't change but the way in which they are put across to the listeners is overhauled completely from Brave Marine Explorer and onwards on the album. By the end of the album, it doesn't matter what happened before any more, because a listener won't remember the beginning of it, or at least the first song will seem like a long time ago. It's exquisitely done.

It all seems very quintessentially 'English' as well - the mention of tea in the midst of lyrics with themes of love, loss and betrayal won't go unnoticed by English listeners, which reminds one of where Wolventrix hail from. A salute to their roots, it seems.

Instrumentally, there's more in the music than just the standard guitars, drums and bass but happily it doesn't feel crowded. In fact, it's mixed extremely well. One of the most pleasant sounds is the prevalent strings in the background throughout the album, even after the shift from emotive to groovy. This gives it more depth than what the usual 'indie' style of music would present a listener. It's an excellent addition; it makes it feel like more and more thought has gone into the music. It makes it seem more indie than actual indie would be and in some ways, makes it feel extremely musically talented. There's some fantastic use of brass on Sham White Wedding, as well.

Overall, it's a fantastically played, written and sung album and Wolventrix seem a very talented band, if not very difficult to place among other musicians. They seem difficult to categorise among other bands of the genre they describe themselves as, because they are so much different to other artists of that sort. One might say this limits their accessibility but actually, anybody that listens to this album and gives it a fair chance will find that it appeals no matter what. 8/10.