Review of Die On The Dancefloor Album by Tyson

Relatively unknown London-based producer-cum-musician Tyson Speede has set the dancefloors of clubland ablaze these past twelve months with his heady take on old skool hi-energy disco. This time last year, a mysterious slab of white label adorned vinyl entitled 'Die On The Dancefloor' had the pill poppers and fashionistas in a frenzy, taking all and sundry back to a time when Donna Summer and great dame of camp Sylvester were all the rage. 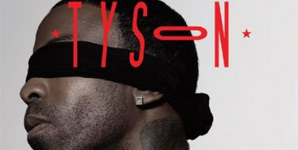 Of course, a slight trawl through the history books reveals that Speede, or Tyson as he'd rather be known, isn't exactly a newcomer when it comes to creating dance friendly rhythms. Having cut his teeth five years ago in then hotly tipped trio Unklejam, you could say he's dusted himself down, learned from his mistakes, ditched his partners in crime and come back wiser as a solo artist. Certainly the furore surrounding the album's lead track kind of justifies the build-up somewhat, even if the rest of 'Die On The Dancefloor' doesn't quite live up to such lofty expectations.

Coming on like a modern day Giorgio Moroder swapping make-up tips with Hercules And Love Affair, Tyson's debut long player consists of ten slices of often-identical funk dating back to an age where amyl nitrate and Babycham were the cocktails of the day. While lacking in testosterone for the most parts, 'Die On The Dancefloor' serves up a number of suavely constructed pieces that would grace any late night establishment whose sole intention is to keep its clientele throwing ridiculous shapes until the early hours.

Recent single 'After You're Gone', itself formerly given the makeover treatment by both Dimitri From Paris and Hot Chip's Joe Goddard stands out as an accomplished piece of eighties-tinged retro pop, while the transient 'Mr Rain' finds Tyson in full diva mode belting out its chorus like a long lost lovechild of Marc Cerrone and Gloria Gaynor.

Unfortunately, far too many of the songs on 'Die On The Dancefloor' mould into each other highlighting a similarity that relies on far too close inspection in an attempt to differentiate for comfort. Ultimately, while 'Die On The Dancefloor' isn't a bad introduction to the masses for Tyson, while paving an undeniable gateway into the avenues of production and engineering for many years to come, there's an element of déjà vu which reoccurs far too many times for comfort, and as a result renders this only half the album it undoubtedly could have been.

Tyson - Die On The Dancefloor