Review of Lean Season EP by The Border Surrender

The name 'The Border Surrender' manages to catch the eye, why it does? A very good question that has no answer other than it's just an interesting name, and it's not often that we digress before we have even started. 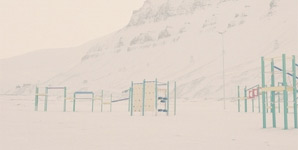 Lean Season is a 4 track EP, is it just me that currently hasn't got the time for EP's? Whatever happened to releasing a few singles and following it up with hopefully a kick ass album? Setting aside the fact this is an EP let's have a look at its contents. Opening with 'If You Pass Me By', the first minute and a half quite literally does 'pass the listener by' song but then out of nowhere like a bolt of lightning this song builds up energy and power as the seconds tick away. By this point, the listener feels confident with in the talent of The Border Surrender and leaves you hoping for more of the same on the remaining three songs. When 'Call To Prayer' kicks in your hear glimpses of The Zutons, remember them? Like The Zutons you can hear it through their music that they love making music, they are doing what they are doing for the genuine love of it.

Unfortunately, this is where the EP falters. After being treated to two very enjoyable tracks the third drops below the expected standard and 'Mariners Wife' sound like The Border Surrender could be a tribute act to The Levellers; it's ok but that originality and upbeat vibe that was there has taken a slight right hook. Overall though there is some great potential here and The Border Surrender will definitely be on the radar for when an album comes out, and if 'If You Pass Me By' and 'Call To Prayer' are not on the album then it will be a disappointment, nudge, nudge, wink, wink.