Sometimes you just have to go with gut feel. It would be easy to categorise Teengirl Fantasy (aka production duo Logan Takahashi and Nick Weiss) as a triumph of technology over substance, another faceless pair of studio eggheads who choose to express themselves only through the artistry of their collaborators. 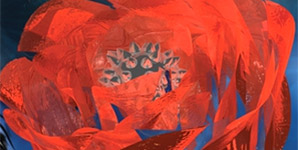 There are certainly enough of those outfits about today, but Takahashi and Weiss prove here on their second album that it's always possible to hit more than one target with the same shot; Tracer accordingly is upbeat and angelic but has a darker side, dance friendly but only for the smarter than average floor and also sophisticated but with a hint of tarnished rough. In short, it's some package.

As well as threading these multiple layers into all of Tracer's best moments, the pair have enough smarts to nail getting the right co-workers in. Probably the one that will get the curious tuning most is Animal Collective's Panda Bear, whose work on Pyjama results in a kind of curious post dubstep dream pop that would probably be the first thing to spill out of Brian Wilson's head these days, were he in his early twenties and listening to lots of James Blake.

Closer to the mainstream, Romanthony's more soulful optimism gives Do It a wind beneath its wings, where otherwise it may have languished in the retro-house bucket waiting for a whoosh that never came. If that's a soft glow, Kelea's take on EFX makes for the kind of r&b which doesn't wear all the stains of its chart dominating half-cousin, all clean lines, big synth vamps and ear pleasing bass-less minimalism.

This would still all amount to a few trick pony, but even without the hired hands adding a new perspective there are still avenues worth exploring. Eternal is the kind of ambient techno that The Black Dog turned almost into an art form in the early nineties, whilst End has a drifting, travelogue feel and Orbit comes on like an soundtrack excerpt from a pastel coloured eighties club on Miami Beach, complete with Michael Mann DJ-ing.

See? I've got all this way without even mentioning the words "Chill" or "Wave". And if some of Tracer sounds like it wouldn't be too uncomfortable wearing that cap, the reality is that it's a cut above some of that genres tendency to mistake blandness for atmosphere. If it's a fantasy, let it not be confined to the ownership of teen girls. A diversion worth taking.