This is shaping up to be an exciting final installment.

Three months after the latest 'Star Wars' anthology film, 'Solo', fans are already starting to get seriously excited about the eagerly awaited finale of the sequel trilogy. 'Star Wars: Episode IX' is more than a year away, but the cast is shaping up to be an exciting one.

The conclusion of the newest 'Star Wars' trilogy comes next year, with J.J. Abrams ('Star Trek') set to return as director following his work on 2015's 'Star Wars: The Force Awakens'. The screenplay is being co-written by Derek Connolly, Chris Terrio and Colin Trevorrow for the first time, the latter of whom was originally marked to direct.

The BFI Imax exhibition of film memorabilia, which ends in an auction, takes place 6th-20th September.

The iconic jacket worn by Harrison Ford when he starred as Han Solo in Star Wars movie The Empire Strikes Back is to go up for auction next month, with many expecting the item to fetch up to £1 million.

The garment is one of around 600 pieces of film memorabilia going under the hammer at a specialist event in London, after an event at the BFI Imax from 6th September to 20th September where the items will be available for the public to view.

Auction house Prop Store’s chief executive Stephen Lane boasts that the exhibition and auction will include “some of the most iconic cinematic artefacts of our time”.

The underperformance of 'Solo: A Star Wars Story' has given LucasFilm pause for thought regarding further spin-offs, according to reports.

LucasFilm has apparently made the decision to put the development of all future Star Wars spin-off movies on hold, following the disappointing box-office performance of the recently released Solo: A Star Wars Story, it has been reported.

Entertainment news site Collider quotes “sources” as revealing that LucasFilm, the company primarily responsible for producing the franchise, has put all potential future spin-off films on ice and decided to concentrate its efforts on the official body of the series.

The decision has been made because of Solo’s box-office takings, which stand at $196.2 million after three weeks on release in the United States. By contrast, 2016’s Rogue One had taken $455 million in the same time period. That figure is replicated worldwide, with $343.3 million for Solo well behind the potential to match the $1.06 billion that Rogue One made.

The 'Jurassic World' director was the original choice to take charge of 'Star Wars: Episode IX', but was dropped for JJ Abrams last year.

While Solo has underperformed slightly at the box offices on opening weekend, the Star Wars franchise shows little sign of running out of steam any time soon, with attention and anticipation growing for future spin-offs from the series.

Before all that, however, there’s the small matter of the ninth and final instalment in the main Star Wars series, which is slated to arrive in cinemas on 20th December 2019. At the end of last year, LucasFilm decided to change directors for the film, dropping original choice Colin Trevorrow, the man behind Jurassic World, and getting in The Force Awakens director JJ Abrams in.

Now, with his sequel to Jurassic World, titled Fallen Kingdom, nearly finished and with Star Wars being a hot topic, 41 year old Trevorrow has spoken about the as-yet-untitled project that’s now going on without him.

The actor has been 'raving' about it, according to Ron Howard.

After 40 years, you'd be forgiven for not being able to appreciate anyone other than Harrison Ford as Han Solo in the 'Star Wars' franchise. But all that's changed with the release of 'Solo: A Star Wars Story' and, as it turns out, the actor could not be more thrilled with the iconic character's origin story.

While the 75-year-old is yet to give his own statement with regards to the new film, director Ron Howard has insisted that he has most certainly given his seal of approval. According to him, Alden Ehrenreich could not have done a better job as the young Rebel pilot.

It's still going strong 40 years after the first movie of the series was released, which means there is plenty of incredible trivia floating around the internet in regards to George Lucas' 'Star Wars' franchise. What could this story have been if the director had stuck to all his original ideas?

1. Lucas had Interesting influences - Every good storyteller has there influences, and for George Lucas, inspiration was drawn from both Joseph Campbell's 'The Hero with a Thousand Faces' (particularly for the character of Luke Skywalker) and Akira Kurosawa's 1958 film 'The Hidden Fortress'. Kurosawa's 'Seven Samurai' also helped the creation of Yoda.

Continue reading: May The Fourth Be With You: 10 Things You Never Knew About 'Star Wars'

Mark Hamill has revealed that he “doesn’t care” whether or not he makes a return to the Star Wars franchise, after Luke Skywalker was killed off at the end of The Last Jedi.

The question of whether Hamill’s iconic film character would be appearing in the upcoming ninth instalment of the Star Wars series has been consuming fan forums, with the possibility of Luke Skywalker returning as a kind of ‘Force Ghost’ being raised as a possibility.

Hamill himself remained tight-lipped about that prospect in an interview just a few weeks ago, but now he’s seemingly had a change of heart, telling ABC News this week that he’s lost interest in ever coming back to Star Wars, particularly after Harrison Ford’s Han Solo was killed off in The Force Awakens, as well as the death of co-star Carrie Fisher.

The actor finally gets his long-awaited Boulevard star.

It's been more than 40 years since Mark Hamill first appeared as Luke Skywalker in the 'Star Wars' film series, and it's only now that he has finally received his star on the Hollywood Walk of Fame. He was surrounded by his loving co-stars at the event, where George Lucas and Harrison Ford honoured him.

Mark Hamill lands Star on the Hollywood Walk of Fame

The 66-year-old looked thrilled to accept the prestigious honour in front of Los Angeles' El Capitan Theatre yesterday (March 8th 2018), in front of friends, family and co-stars. Notably in attendance at the special ceremony on the Hollywood Boulevard was the creator of the 'Star Wars' franchise George Lucas.

Disney announce the filmmaker as the screenwriter.

Action producer Jon Favreau has been chosen to write the script for the forthcoming live action 'Star Wars' series in a move that happens to be a dream come true for the filmmaker. It comes after a long-standing working relationship with Disney, and years of being a huge fan.

The Marvel producer was the voice of Pre Vizsla in 'Star Wars: The Clone Wars' and also has a role in the forthcoming Han Solo spin-off, but now he's doing what he's always wanted to do and writing some 'Star Wars' stories for the brand new direct-to-consumer series. 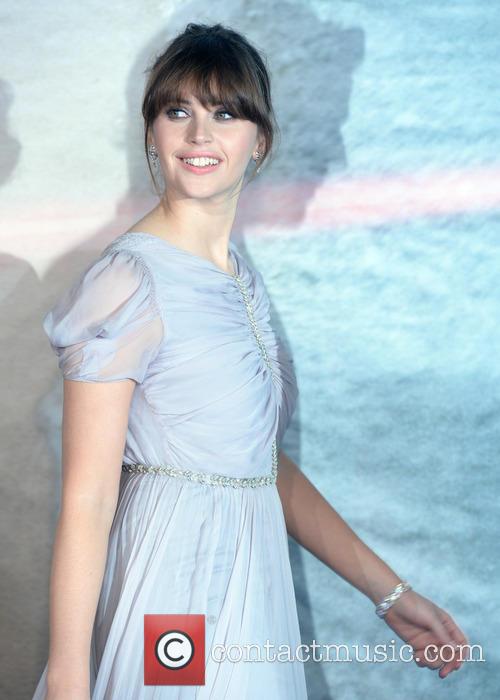 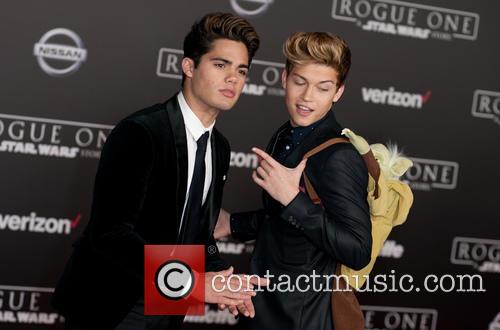 Darth Vadar's lightsaber - You can see more of the fantastic lightsaber creations on Matt's website at http://dcmjs.com/lightsabers and purchase some of the pieces on his Etsy store at https://www.etsy.com/shop/SBTRCTV. - Washington, D.C., USA - Tuesday 17th November 2015 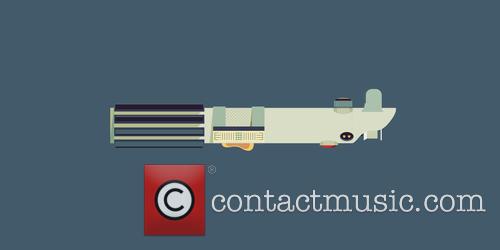 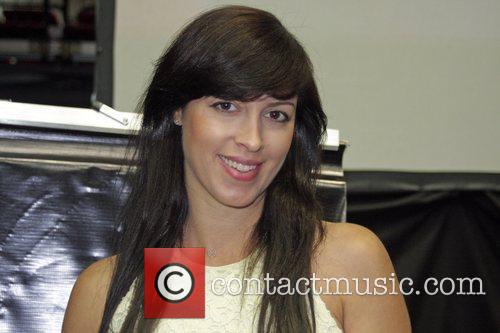 First Clips Of 'Rogue One: A Star Wars Story' Reveal K-2SO And Other Surprises

Stars And Stormtroopers Turn Out For 'Star Wars: The Force Awakens' Premiere [Photos]