Bosses Of Two Leading Cinema Chains In The U.s. Have Banned Star Wars Fans From Dressing Up As Darth Vader For Screenings Of The New Movie. 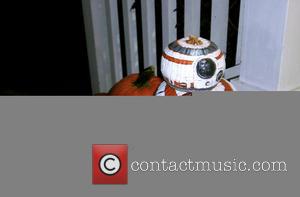 Officials at AMC have prohibited face masks and paint from all screenings of Star Wars: Episode VII - The Force Awakens, preventing fans from transforming into key villains including Darth Vader, Boba Fett or Stormtroopers.

Toy versions of blasters, the most commonly-used weapon the franchise, are banned but lightsabers are permitted as long as they are kept switched off inside the auditorium.

A notice posted on the company's website reads, "AMC does not permit weapons or items that would make other guests feel uncomfortable or detract from the movie-going experience. Guests are welcome to come dressed in costume, but we do not permit masks. In short, bring your lightsaber, turn it off during the movie, and leave the blaster and Darth Vader mask at home."

Bosses at Cinemark, the third largest U.S. cinema chain, have adopted a similar policy, but with more restrictions. No face coverings, face paints or any pretend weapons are allowed into the building.