Formation: In 2000, Jake Shears met Babydaddy in Kentucky whilst visiting a friend. They started playing music together, though not successfully. After moving to New York, however they met Ana Matronic at a cabaret. After forming a band and meeting Del Marquis, they started playing gigs. Shears was working as a stripper at the time, as an East Village bar called I.C. Guys.

The band eventually signed to the independent label A Touch of Class and recorded a single 'Electrobix'. The B-side was a cover of Pink Floyd's 'Comfortably Numb'. In September 2003, Scissor Sisters were credited as remixers of Blondie's single 'Good Boys'.

Music Career: Scissor Sister's debut single, 'Laura', was given a limited release in 2003, noticed by few members of the press, other than New Musical Express and the Channel 4 entertainment programmes, V Graham Norton and Popworld. Later that year. Scissor Sisters' track 'It Can't Come Quickly Enough' was included on the soundtrack to Party Monster.

The band's cover of 'Comfortably Numb' was re-released, reaching number 10 in the UK. Their next single was 'Take Your Mama', which reached number 17 in the UK singles chart. As a result of their success, their debut single 'Laura' was re-released, with greater success than its initial release and was followed by 'Mary' and 'Filthy / Gorgeous'.

The resultant album, Scissor Sisters, was a UK number one album, beating Keane's Hopes and Fears to become the highest selling album in the UK for 2004. In terms of sales, Scissor Sisters sit alongside the likes of Robbie Williams, James Blunt, Dido and Coldplay: notable for their alternative edge in comparison to these contemporaries. The language used on the album resulted in it being banned for Wal-Mart stores in America.

The second album from Wal-Mart was entitled Ta-Dah and it was released in 2006. They previewed a number of sings from the album - including 'Hybrid Man' and 'Paul McCartney' at the Live 8 concert. The track 'I Don't Feel Like Dancin' features Elton John on piano and on co-writing duties. The track was number one in the UK for four weeks.

In 2006, Scissor Sisters also opened for Depeche Mode on their 'Touring the Angel' tour. After their own world tour in 2007, Scissor Sisters started working on their next album, Night Work, They previewed the album in New York, using assumed names such as 'Queef Latina' and 'Debbie's Hairy'. However, few of the tracks previewed here actually made it on to the album. The band also recorded a cover of Roxy Music's 'Do the Strand' for the charity compilation War Child Presents Heroes. Night Work was eventually released in 2010 and 'Fire with Fire' was the lead single. That year, when Scissor Sisters performed at Glastonbury Festival, Kylie Minogue joined them onstage for a live performance. Jake Shears had worked as a producer on Kylie's 2010 album Aphrodite.

Scissor Sisters have been known to count ABBA, Duran Duran and Blondie amongst their biggest influences. Equally, artists such as Lady Gaga, U2, Madonna and Thom Yorke of Radiohead have stated that they are fans of Scissor Sisters.

Returning with their fourth album, Scissor Sisters first came to prominence with their self-titled debut in 2004, which ultimately earned them huge sales and three Brit Awards. Collaborations with Kylie Minogue and Elton John serve to underline the admiration peers have for the quintet, who are currently touring North America and will headline UK shows in October.

Scissor Sisters' new single, Shady Love, marks the return of the New York based band. It features the vocals of Krystal Pepsy (also known as Azealia Banks). It is the lead single from their anticipated fourth album. Shady Love will be available to download on February 12th, 2012. 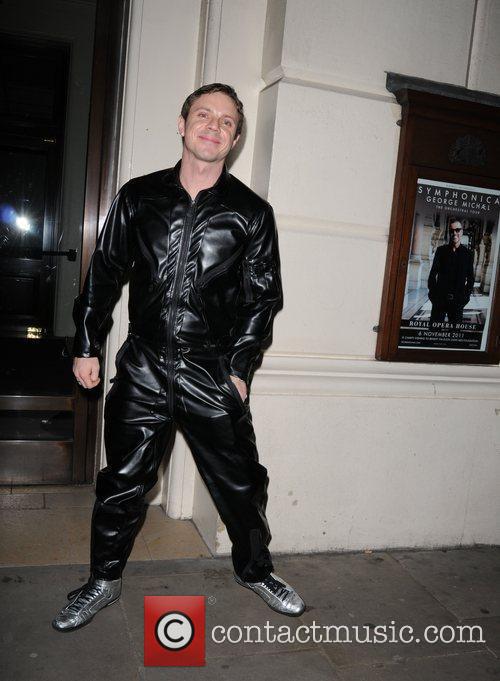 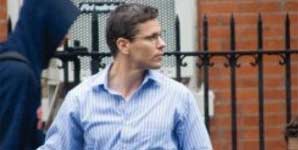 All the signs are pointing to the summer of 2004 belonging to camp New-York based 5 piece The Scissor Sisters. Contactmusic.com caught up with multi-instrumentalist Babydaddy six dates into their biggest UK headline tour to date…..

How You All Doing?
We’re good thanks. Everything’s cool.

Take Your Mama entered the chart at 17 yesterday giving you another top twenty hit, how pleased are you?
We’re completely happy with it, it means a lot to us. We see it (chart success) as a pretty valid indication that people like what we’re doing. The single success’s great but we see ourselves much more as an album band and the album went into the top ten for the first time yesterday and that means so much more to us.