Review of Ghostory Album by School Of Seven Bells

In this age of austerity and economising it would appear that even band sizes are not immune from the need to rationalize and downsize in order to be more productive. Since The School Of Seven Bells last album release, 'Disconnect From Desire', back in 2010 the trio has become a duo. Claudia Deheza, twin sister to vocalist and bassist Alajendra, stated 'personal reasons' for her departure from the band who were even then in their ascendancy. Whatever the reason, and whatever the justification it has served to make the band a far tighter, more potent and exciting proposition. 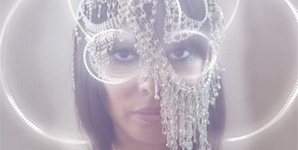 'Ghostory', their latest release, is loosely a concept album centred around its main character 'Lafaye' and the ghosts that surround her life. Alajendra's opinion is that "Everyone has ghosts, they're every love you ever had, every hurt, every betrayal, every heart break. They follow you stay with you." If you're a fan of 'Most Haunted' or any other paranormal medium then this may draw you in like a moth to a flame, if not you needn't be put off as the songs stand up on their own without further embellishment. Co-protagonist Benjamin Curtis, guitar and electronics, believes the album has more of an intensity, that the lyrics are a lot more frank and that the it's faster, more frenetic and as a result more powerful. He's right. The culmination of all this means that the SVIIB's have one of the early albums of the year.

From the off 'Ghostory' is a relentlessly exciting experience. 'The Night' bustles along at a heady rate with its super-sonic snares, looping keys and swirling guitars only breaking down briefly to draw a breathe and let Alajendra's shimmering vocals melt and mesmerise with a sensual serenity. 'Love Play' slows things down and drowns us in a deep enveloping reverberating bass that washes about and gradually undulates beneath the contrastingly high vocals. The relatively slow start of 'Lafaye' quickly breaks into the album show stopper. The catchy chorus and toe tapping beats sync effortlessly to produce a wonderfully light and fresh piece of quality pop. 'Low Times', a slice of Ladytron like brilliance, maintains the musical high. The revolving rhythms and synth sequences push the song along getting ever more voluminous until it is ultimately de-constructed.

Following the sheer delight of the opening four tracks School Of Seven Bells' take a more relaxed, rather more ambient stance to soundscape the next song 'Reappear'. Acting almost as a curtain call to part 1 of the album it certainly works well as reflective piece before the beats and bleeps are reintroduced for the heavenly voiced 'Show Me Love'. Even 'Scavenger', a hiccup among the giddy nine song set, is lifted out of mediocrity by Alajendra's melodic, almost choral, vocal. 'When You Sing' concludes 'Ghostory' in style. Esquing the need for conformity we are treated to a lavish, extended exhibition of whirring, pumped up dance driven beats and layer upon layer of gorgeous vocals.

The Dream-Pop and Shoegaze genre pigeon holing of the past is surely set to be thrown off with abandon upon the release of their latest record, 'Ghostory'. Far less ethereal than in their previous guise the couple from the Five Boroughs have become an altogether more focused and driven unit capable of producing some of the best electro infused pop around. The overall sound is now a lot fuller. The bass beats are deeper than the Mariana Trench and the gargantuan wall of sound fills the air like a dense fog. Alajendra provides a wondrously angelic and multi-layered vocal to match the energised velocity of the pacier set. The electro and synth laden songs are all of a very high quality and contain more hooks than a blanket of Velcro. Let the bells ring out. 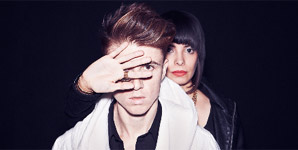 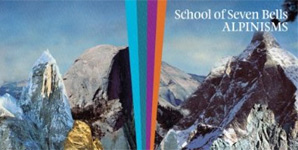