Review of Band of Joy Album by Robert Plant

Thirty years since his Led Zeppelin glory days came to an end; Robert Plant now seems hell bent on establishing himself as a solo artist of sorts. Band of Joy (named after his pre-Zeppelin band) will suffer at the hands of some of Plant's older fans simply for not being a Zeppelin album, now more than ever after the constant teasing and will-they-won't-they question of a full scale reunion. Maybe Raising Sand, his critically acclaimed collaboration with Alison Krauss paved the way and gave Plant the confidence to strike out once more on his own. Band of Joy does not stand up next to Raising Sands glory at all, but that isn't to say that it is without its charms. 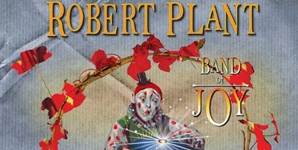 The album opens with Angle Dance, a mid-paced plod through with an interesting mix of mandolin and a muffled blues guitar tone. Plant's voice is not as piercing as it was in the heady days of Led Zeppelin but it is still unquestionably him. Angel Dance is catchy and fun, but it never really ignites. Next comes House of Cards, another bluesy track, this time with a gospel twinge. Wherever you look on the album, there isn't much variety. Silver Rider, Falling in Love Again, Harm's Swift Way: All passable blues songs. Unfortunately it is difficult to keep your attention on it for the duration. File this one under "so what?"

To the Plant faithful this album will probably go down a treat. The songs are well crafted, there just isn't enough variety. If you were waiting for a Led Zeppelin style album you will have to keep your fingers crossed for that reunion.