Review of A Moon Shaped Pool Album by Radiohead

The longevity of Radiohead comes from their willingness to experiment throughout their career, and with that earnest dedication to creativity both through their music, their distribution methods (which have become revolutionary) and how they promote themselves, they are still recognisable and distinguished from anyone else. Whether it's from rock defining albums like The Bends and OK Computer, to the rich and alienating electronic soundscape that is Kid A and the incorporation of both these aspects on the politically outraged Hail to the Thief, or even to the fidgety electronic and ambient undertow of The King of Limbs, it is always Radiohead. 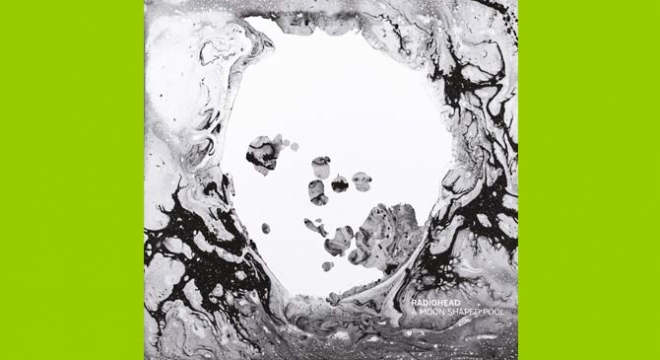 'A Moon Shaped Pool' is unarguably experimental, but feels like an exception to the rule. It's strange yet familiar, like recalling a dream from a week ago while doing something mundane in your day. This album is an exercise in the uncanny, in part because several of the songs on here are previously heard but unreleased favourites by fans. It's emotional in a similar vein to 'In Rainbows', and there's still some hints of cryptic notions about paranoia and anxiety, but with that Thom Yorke has never sounded so clear and vivid in his vocal delivery. It seems to be an album of tenderness and acceptance of those insecurities. Perhaps this is their most personal release to date, as a lot of discussion has arisen concerning Yorke's separation from his partner of 23 years, and Nigel Godrich has mentioned the death of his father while making the album and the impact that's had on 'A Moon Shaped Pool'. It's melodically one of their most accessible albums to date, yet with enough meticulous detail to make one always feel some pang of anxiety and uneasiness. Patience is the virtue of 'A Moon Shaped Pool', and it benefits entirely from it.

The musical arrangements and touches of ambience-bordering-psychedelia swirl 'A Moon Shaped Pool' together to feel thematically consistent which is an impressive feat. Credit must be given to long time collaborator, producer, and unofficial sixth member of the band Nigel Godrich with some of his best work since Beck's 'Sea Change'. To consider the knife-sharp strings of the first track 'Burn The Witch' with its wry lyrical listing of groupthink in comparison to the following track 'Daydreaming'. A subdued, sighing ballad with a distorted piano melody with such delicate simplicity metamorphosing into vivid detail before drifting back to its skeleton clauses, the effect is hypnotic. The melody for 'Dark Decks' is the quintessential Radiohead melody. It could have comfortably belonged on OK Computer with its science-fiction led lyrics, its sense of scale, gravitas and impending doom. 'Ful Stop' and 'Identikit' breathe in some energy and brooding synths within the album. Identikit particularly is a standout, its driving bass at the beginning by Colin Greenwood, it's shingling guitars at the break, and a moment of pure bliss with an ethereal choir chanting "Broken hearts, make it rain" while synth chords build, ending with a wonderful guitar solo will leave you short of breath. The startlingly blunt 'Glass Eyes' depicts a man experiencing a panic attack on a commute, which is borderline melodrama so rarely personalised by Yorke's lyrics. All this is accompanied by Jonny Greenwood's string arrangements swaying above, which although beautiful throughout 'A Moon Shaped Pool', stands out particularly here and on 'Tinker Tailor Solider Sailor Rich Man Poor Man Begger Man Thief'.

After all that, we reach the climax of the album which has been a fan favourite for the better part of twenty years. Prior to this it only has canonization within their catalogue as a live acoustic guitar-led recording. 'True Love Waits', although a sad song, always felt like it contained a glimmer of hope whenever Yorke sang the line "Just don't leave." It's a lyric that brings the mental image of someone being shaken with adoration, the pouring of emotion to another person and feeling able to do that only to them in that moment. On 'A Moon Shaped Pool' however it finds itself morphed into a discordant piano ballad which is heart-wrenching to endure. 'True Love Waits' has instead of being a song about infatuation and the beginnings of love is now a song of love lost. "Just don't leave" is now breathed into dense air in a dead room, no one is there to hear it anymore.

This album, as luscious and rich as it is, reaching points of utter bliss and transcendence is contrasted by just how bleak it is. 'A Moon Shaped Pool' is a rather blunt and indifferent way of describing a planet flooded due to global warming, and following that defeatist attitude there is almost nothing left to lose in ideas of honesty and emotional truth. It situates the political and the catastrophic as a backdrop, demonstrating their insignificance in comparison to our inherent need for love and how painful it may be to lose that. This is a powerfully sad and immersive album which only gets denser and more apparent with each listen. Patience is the greatest virtue, and with time, the idea of surrendering yourself may be one of the most difficult things you can do - but never have Radiohead sounded so liberated and free.