Review of The Buffet Album by R. Kelly

The man who likes to be known as the King of R&B releases his 13th solo album, for which he reportedly recorded over 470 songs for during the last couple of years. The former collaborator of megastars such as Michael Jackson and Celine Dion will hope that it adds to his 40 million record sales in a career which has spanned a quarter of a century. 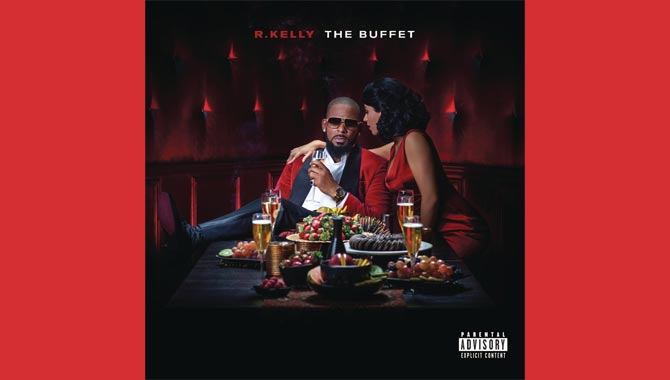 Key to the success of the Chicago native has been an ability to mix mainstream successes like 'Ignition' and 'The World's Greatest' with the bedroom soundtracking likes of '12 Play'. We dive straight into the smut with 'The Poem' - which, you guessed it, is a poem - and carry through the likes of smooth jams like 'Anything Goes' and 'Let's Make Some Noise'. Even if you're able to stomach some of the analogies - Kelly promising this is all we can eat or literally slurping - there is nothing near the brilliant standards of 'Bump'n'Grind' or 'Your Body's Callin'. The album suddenly wakes on 'Marching Band', which features a superb brass hook, while 'Switch Up' features an urgent vocal delivery vastly different from the smooth tone the multiple Grammy winner usually presents.

Where 'The Buffet' is ultimately unsatisfying is that it all too readily returns to a monotonous tempo about intimate relations and Kelly doesn't get near the admittedly high standards of his past. Only 'Sextime' really captures the seduction he is capable of, while 'Backyard Party' is a fun number built around a funky guitar riff, it's a minor reprieve in the second half of the record. Ultimately, there's a lack of inspiration to the majority of this material, with only brief glimpses of Kelly's capabilities on show to give this release any degree of value.