Caught A Ghost's Debut Album, Human Nature, Is Out Now - Us Tour Starts This Week! 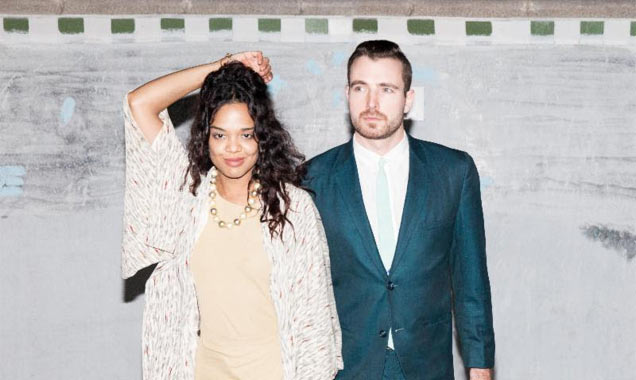 Caught A Ghost's Debut Album, Human Nature, Is Out Now - Us Tour Starts This Week!

Human Nature (+1 Records), the debut album from Caught A Ghost, is out today. The Los Angeles-based band will be celebrating with album release parties on both coasts - at L.A.'s Bootleg on Friday, April 4, and at NYC's Mercury Lounge on Tuesday, April 15. The dates are part of Caught A Ghost's upcoming U.S tour, which will also include two free New York shows - Brooklyn Bowl (4/13) and Manderley Bar at The McKittrick Hotel (4/14) - and an evening at Schubas Tavern in Chicago (5/18).

Helmed by singer/songwriter/producer Jesse Nolan, Caught A Ghost also features drummer Stephen Edelstein and singer/percussionist Tessa Thompson, who has won acclaim for her acting roles in such TV series as "Veronica Mars," "Copper," and the upcoming Dear White People, which won The Jury Prize at Sundance this year. For its live show, the band morphs into an eight-piece outfit that includes a full horn section and much dancing.  Caught A Ghost recently completed a US run supporting He's My Brother She's My Sister and a tour of Chilé.

Tracks from Human Nature have been prominently featured in such high profile TV shows as ABC's "Grey's Anatomy" and "Mistresses," HBO's "Boardwalk Empire," USA Network's "Suits," The CW's "The Vampire Diaries" and "The Originals" and Fox's "Rake."  The song "Sleeping At Night" was heard in Taco Bell's SXSW recap video, "Connected" is featured in a BlackPeopleMeet.com television ad and the band's cover of the classic Sam Cooke tune "You Send Me" was tapped for the new Victoria's Secret TV/online campaign.

"There's no shortage of young acts with great suits mining the Stax era for inspiration right now. But Caught a Ghost simply writes better songs than most and plays them with more confidence and camaraderie," said the Los Angeles Times in a review of one of the band's SXSW performances. "The dual-front person team of Jesse Nolan and Tessa Thompson traded leads and harmonies with the affectionate chemistry of a '40s screwball comedy couple."

"Caught A Ghost pulls from different genres, creating a unique pastiche of ambient, psychedelic, and electronic sounds," observed Interview, which recently premiered the album's title track."There's an updated sound to the production, but a warm vintage feel runs through it all," said Pigeons and Planes