Plan B - The Recluse Single Review

Review of The Recluse Single by Plan B

London-based Plan B AKA Ben Drew is living the lifestyle. Having had two Top Three singles and a Number One Album this year, this third outing from their album The Defamation of Strickland Banks is a great culmination of rap, pop and the classical. Sounding like a song that would be on a James Bond soundtrack, The Recluse is hardly a recluse itself. 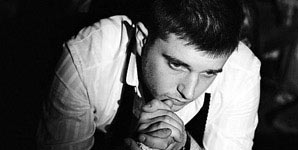 The highlight of the single HAS to be the use of strings in the backing orchestra. Creating a quite-anthemic sound shows maturity and therefore brings this single into jazzy territories. Whilst the backing rhythm is constant throughout the whole song, it never tires and actually builds to a great crescendo. As the song reaches its obvious climax towards the end, Benjamin's raps bring a sudden modern touch to what would normally sound like a classical and dated melody; the vocals showing real flexibility as Benjamin branches out from lyricals to rapping seemingly effortlessly.

The Recluse, whilst sounding a bit similar to their other outings from their LP, is sure to follow example and be a big success for Plan B. Benjamin may argue that he 'don't care about looking cool' but his swagger ironically makes it look too easy. These guys don't need a plan B; they're in it for the cash-up.