Acrobats is the sophomore album from London dwelling Brighton hailing trio Peggy Sue. Having cast aside the Pirates and drawn a line through the Pictures, their previous longer moniker incarnations, but picked up a drummer they have also seemingly developed their sound from a more folksie beginning into a far more confident and noisy proposition altogether. Since forming in 2005 the band have built a fan base through some individual and inspired marketing of early EP releases, a hectic live schedule and the warm reception of their debut album 'Fossils And Other Phantoms'. 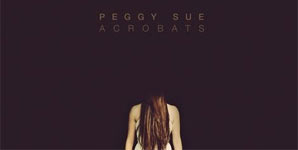 The new album has been born out of "Conscious and unconscious decisions' and been aided by the bands ability to play and write in a studio, rather than in someone else's front room. Having been able to play their instruments louder, and in a different environment, has clearly paid huge dividends in terms of the overall sound and the bands clear progression through experimentation. Acrobats is still ostensibly an Indie album with flashes of great and proper pop but it shows less of its folk roots and more of an edgy, raw and at times semi-industrial sound.

Once the band had embraced the possibilities their new direction had taken them there was evidently a need to write more songs in the same vein to "Make the album more cohesive". With this new 11 track set they have certainly done that. Acrobats was chosen as a title because of its progression from its predecessor, forms "of occupying space.... because it's a pretty word" and because "Everyone's into a circus aren't they?" but it may as easily have been chosen because of the equivalent musical dexterity delivered across the album.

'Cut My Teeth' kicks us off with clear intent and purpose. The disaffected vocal, complete with a layered backing vocal that seems to be both harmonic and demonic in equal measure, is superbly paired against the pacey guitar and drum breaks. Straight away you'd be forgiven for sliding out the CD just to see if in actual fact it had been swapped for The Duke Spirit. 'Song And Dance' shows us it's not. The percussive guitar notes and snares intermittently jostle with the occasional guitar strummed in anger before the bass heavy finale closes the song out with a MicaChu vibe. The slow burn of the brooding builder, 'Funeral Beat' then show cases more of the bands diversity through a fantastic arrangement of one of their best songs....

"All the signs told you stop, but you would not stop, and my hands made you stay while my mouth said go.

I know you got your demons, but I've got my own so I'll keep you at a distance while I hold you close."

The quality continues on the gloriously heavy drone of 'Changed And Waiting'. The back beat perfectly under scores the high vocal and is a master class in the magnificence of misery. An air of simplicity returns on 'Parking Meter Blues' before the whirring incantations of the wonderful 'All We'll Keep' revolve around your ears. The last third of the album doesn't disappoint either. If anything, Peggy Sue up the ante. 'D.U.M.B.O' is a charged up Indie Power Pop belter with driven percussion, a skipping beat, layered vocal and a slight Psychobilly slant. 'Ruthie' has a fantastic Rattlesnake drum roll coupled with a carousel chorus before the penultimate track 'Shadows' mixes Doors with Warpaint to provide some hypnotic enchantment. 'There Always Was' closes out Acrobats with a percussive and vocal balance last seen done so well by Siouxsie and Budgie in The Creatures.

In between eating banana bread, watching Downton Abbey, listening to Rihanna and selling T-Shirts for Gold Panda Peggy Sue have managed to produce a fabulous album. It may not have been exactly what they intended at the outset but it is nevertheless a great second album. 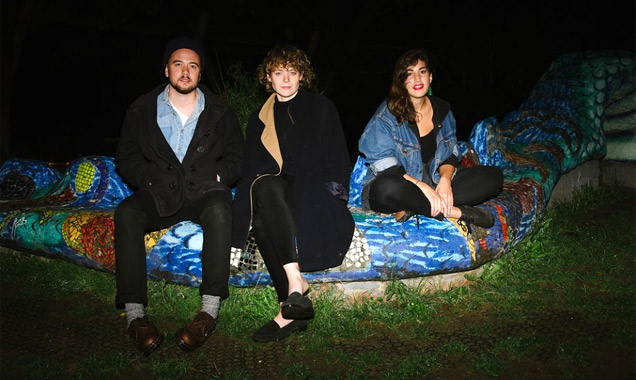 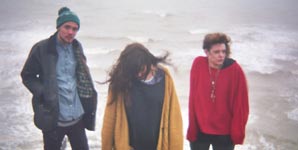