Review of Soul Is Heavy Album by Nneka

'Soul Is Heavy' is the third album from 31 year old Nigerian born singer-songwriter, Nneka. Following on from 2008's 'No Longer At Ease' and her debut 2005 release 'Victim Of Truth', 'Soul Is Heavy' is a melting pot of musical style all brought together by Nneka's tremendously potent vocal. This time around she's collaborated with some interesting artists, drawn on a wide variety of inspiration and not been afraid of a certain amount of experimentation. The 15 track release is definitely a more confident one but it is not without its flaws. 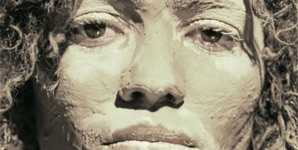 'Lucifer (No Doubt)' starts off 'Soul Is Heavy' with an almost medieval bent which quickly morphs through tribal intoxication into a reggae infused whirring hypnosis of bubbling break beats, tin drums and drowsy horns. 'Sleep', Ft Ms Dynamite, is more of a RnB/Hip-Hop number, although it is a quite subtle and relaxed affair, with a masterful mix of harmonies and layering combining the two vocals in an interesting and very effective arrangement. 'My Home' is a bolder, soulful and more immediate potential chart troubler. The more up-beat, horn drenched, catchy and above all poppier nature of this track grabs you from the off and can't fail but to have you singing along by the end. ''Shinning Star', Nick Grimshaw's recent 'Record Of The Week', is similarly intent on showcasing Nneka as a more commercial soulful diva. She's clearly capable of delivering the broadest range of vocals from stirring, emotional turmoil, drawn from the anguish and heartache of despair, through to smooth, polished, silken serenades, like this one. Unfortunately in doing so, possibly with the intention of capturing a wider market, she loses her identity and the song becomes bereft of sincerity. Where most of her tracks feel honest this feels somewhat bland by comparison.

Nneka has a very emotive voice, one which she should not need to compromise in order to have mass market appeal. When she sticks to what she is good at, she is great. The simple piano accompanied 'Restless', the jazzier reminiscence of 'Don't Even Think' or the more considered, light rap of the, Nena Cheery influenced, title track 'Soul Is Heavy' show Nneka in very different guises. None of the tracks, or arrangements, loses that which defines her as a very individual, distinctive and credible artist and each of them highlights her incredible vocal capabilities.

Other notable highs on Nneka's third album include 'Stay'. The underlying gentle top notes on the piano and soft strings score Nneka's fraught vocal as she skips effortlessly between balladeer and rapper. 'God Knows Why', Ft Black Thought, treads a heavier path. The Hip-Hop beats are deeper, the Rap delivered with more biting intent and the mood is far more devilish, mixing Jay-Z's Hard Knock keys with a Busta Rhymes vocal distillation and attitude. And as if wanting to explore the whole world in one album, Nneka also gives us a very hot, Latin flavoured tale of lost love with 'V.I.P'.

'Soul Is Heavy' has many great highlights just let down slightly by a lack of direction or the seeming need to try and please everyone. Nneka's voice is the constant that never falters throughout and the one redeeming feature in all of the tracks. It is an instrument of pure joy and given the right song one which is very hard to resist. At 15 tracks long you can pick your own 'Best Of' and you'll still have a good album's worth of material afterwards. 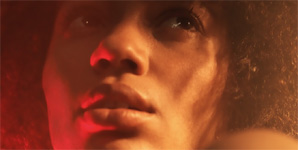