ArrDee hits out at artists for treating him like a child

ArrDee insists being 19 doesn't mean older artists have the right to treat him like a kid and dictate what he does. 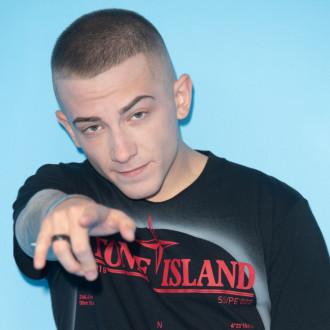 ArrDee is sick of being treated like a child.

The 19-year-old rapper - whose real name is Riley Davies - catapulted to fame after he went viral on TikTok, stacking a series of UK Top 10 hits.

But despite his roaring success, the artist feels pushed around by older artists who give him unsolicited advise.

The ‘Cheeky Bars’ star slammed those who try and "dictate" what he should do and insists “no one got me here apart from myself".

He exclusively told BANG Showbiz: “I feel like because I’m a young artist a bunch of people, whether it’s artists or people in certain positions that are quite a bit older than me, feel like they can dictate what I’m supposed to do or advise me on doing this or that - but nobody has got me here a part from me."

He went on: “I feel like just because I’m young doesn’t mean I have to be treated like a child, especially in an industry where you have grown up mad fast everything is moving at such a rapid pace you’re developing as a person at a rapid pace.”

The Brighton-born rapper has also had to deal with the stigma of his hometown and challenge the negative stereotypes as he believes it’s important to represent where he’s from.

He previously said: “I definitely had more to prove coming from Brighton. When we did the freestyle, 6am in Brighton, a lot of people advised against calling it that. They were like: ‘Brighton has got a bit of a stigma.’ I was like: no, you know what, it’s bigger than me, so if I can shine a light on the town … because my whole personality, me being comfortable in my skin comes from Brighton, because there are crazy characters out here, but no one gets judged, so I wouldn’t be me without being born and raised here, and I want to be telling it like it is.”