Wade Williamson, who performs under the mononym Williamson, has dropped his fifth album, taking its title from the name of Williamson's neighborhood in San Jose, California. 'Backesto Park'; a place where families of divergent ethnic backgrounds - including Japanese, Italian, Vietnamese and Mexican - live in close proximity and get along. 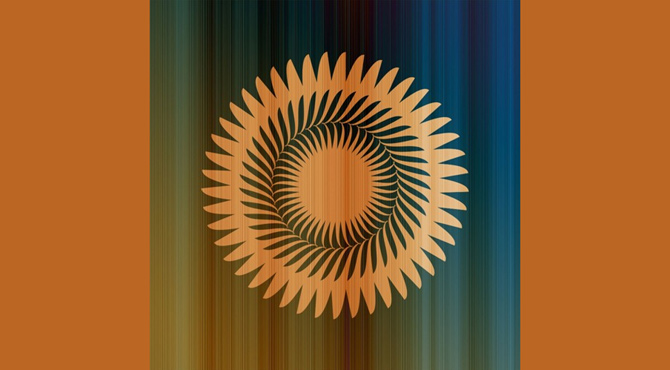 Most critics categorize Williamson's musical style or genre as post-rock, experimental or electronic. Truth be told, it's a little of all three, along with something that's simply indefinable; what neuroscientists would call "psychoeidetic analogues" and laypeople would define as "feel good" or "contemplative music". Chauvinists would probably refer to it as "chick flick music" and, despite the condescension inherent in the phrase, it is a nonetheless accurate description.  Williamson's music is undeniably tailor-made for so-called romantic/coming-of-age chick-flicks.

A thread of subdued happiness runs through all fourteen songs on 'Backesto Park'.  Perhaps contentment or even satisfaction would be closer to the mark. At times, the music appears to be holding vague and seemingly indecisive colloquies with the listener. Other times, the music is more indicative of an intimate conversation.  But no matter what, it's comfortably gratifying and never ecstatic or ebullient, which explains why Williamson's music appeared in Cameron Crowe's 'Aloha' and Joss Whedon's 'Dollhouse'.

'All Thanks to Paul' is the first track, wrapping itself around a delicate, almost transcendent melody that approaches the divine without being religious or mystical, and 'Homeward by Flagella' is an electronic piece perfectly designed for a movie soundtrack.

Post-rock makes its presence known on 'Protozoan Sunrise'; a dreamy, psychedelic tune that meanders as if watching passing vistas of great fascination. 'Fast Moving Shadows', like all but one of the songs on 'Backesto Park', contains no lyrics, but it does employ mechanical, indecipherable sounds that approximate human speech.

Another post-rock offering, 'Walking Home', provides the musical sensation of big, billowy clouds floating across a cerulean blue sky, or perhaps the weightless levitation of someone in love. Probably the best song on the album is 'Jellyfish Hustle', which sounds exactly like jellyfish dancing in the depths of the ocean as an airless lead guitar infects the melody. Listen attentively and, with a little imagination, the guitar seems to relay a country western allusion.

'Backesto Park' is a wonderfully constructed album, with excellent arrangements. And, although it's doubtful it will receive play on the radio, it is the perfect background music for contemplation, deliberation, study or reflection on the satisfying aspects of life.