Review of Distressor EP by Whirl

Far more influential than its brief creative and commercial peak in the early 90's would suggest, the shoegaze movement left behind a number of artefacts still worth taking a detour for today, not least My Bloody Valentine's excercise in opiate-soaked intensity, Loveless. 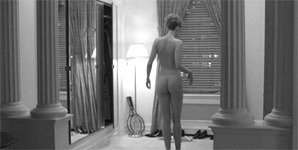 It's basic principle was one that melded acid fried psychedelia with choral, ambient atmospherics, often drenched in feedback and the squawl of duelling fx pedals, it's scene lynchpins being the likes of Slowdive, Chapterhouse and Catherine Wheel. Not so much overshadowed but exterminated by the grunge invasion that followed Nevermind, it can however rightly lay claim to being the link between the C-86 generation and Brit Pop, as evidenced by the likes of Supergrass, who underwent a chirpy makeover after previously being slightly less effusive whilst known as The Jennifers.

What isn't necessarily clear is why a bunch of twenty something Californians would want to sonically re-enact the era's bygone sound, but happily if you can get past that question, Distressor has much to make your scepticism redundant.

As band names go, Whirl is about as accurate as you can get in terms of encapsulating the six piece's sound, a world in which guitars are to be used to create both trance state undertow and thrashing noise; Leave for instance pounds away epically, vocals drowning far down in the mix and snare drums being beaten to within an inch of their lives. This isn't to say that it doesn't have the potential to be upfront and in places, even "Pop", as with Child for instance which sounds like St.Etienne down a well full of wah-wah pedals, whilst Meaningless would give The Joy Formidable a run for their money.

What connoisseurs of the Snub TV age will tell you however is that despite a tendency to flaunt some of it's ambiguities, one of shoegaze's signature features was its sense of space, a shared willingness to let songs develop incrementally across as many as seven or eight minutes. It's a peculiar approach to music shared with for instance contemporary artists like Burial or James Blake, and more specifically here on the heavy-lidded closer Sandy, five minutes plus of grainy introspection which is content to gently re-tool the Cocteau Twins via early Ride. The only possible conclusion after this is that Whirl have made Distressor into much more than just a homework assignment in History class. It's time to Slowdive in.

Distressor is available to download directly from Whirl's bandcamp site.