Review of Volition Album by Phoria

Phoria are a UK, multi-instrumental, electronic heavy outfit who in recent years have established themselves as a key band when it comes to creating delicate, calming, meditative music through their impressive EPs and singles. Here they finally have a full length debut album to their name, in the form of 'Volition' which demonstrates Phoria as a highly promising band when it comes to beautiful or peaceful music. 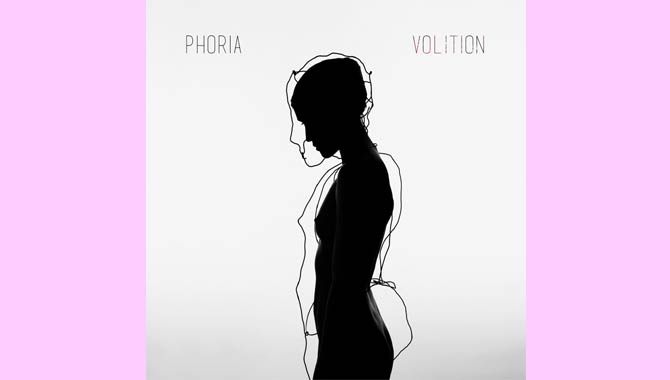 'Melatonin' gets things started establishing Phoria's general sound as one that's seductive, ethereal and soothing thanks to the warm synths, breathy vocals and delicate guitar, which all just sway along like they're strolling through a park making for a blissful atmosphere. 'Red' is intimate and bare with just a clap sound and minimal, light piano keys driving the song. A sample of Richard Feynman's 'Ode On A Flower' occasionally comes in to give you a breather between the repetitiveness as well as being something interesting to listen to. The song takes its sweet time building up to the tentative electronics that comes in towards the end. They're not particularly hard hitting in of themselves, but make an impact due to how long this song goes before they're revealed.

'Everything Beta' injects some liveliness with the beats picking up the pace, yet Phoria's defining tender vibe is still maintained with every element remaining so gentle. The aptly titled 'Mass', feels like it could be someone's funeral song the way there's solemn, but pretty vocals in the background, that feel like a stern choir and the song itself does ascend into a heavenly state in the bridge due to piano cutting through and largely silencing the vocals. When the vocals do return, remaining just as grave, it's both haunting and makes you feel at peace.

Across 'Volition' Phoria demonstrate excellent flow between the songs, by maintaining this tranquil vibe across the whole album, but at the same time they're able to keep things fresh with each track, by letting each one bring something new to the table, whether it's a synthline unlike any other on the record, a new kind of rhythm or a particular instrument taking the lead.

'Loss' seems like business as usual with the tender vocals and minimal instrumentation but then these serene strings enter to elevate the song to a state of euphoria, which are then followed by jittery synth, making the song both unexpected and impactful. 'Evolve' is perhaps the most upbeat and bright track on the album, with playful beats in a sporadic rhythm and pretty keys that feel like rays of sunlight sneaking through.

'Emanate' spends much of the song building up with light, but hasty clicking and then some droning, lowbrow synth, before exploding into bright, bold, life affirming keys that feels like a saviour swooping in, in a movie, when all hope was lost.

With 'Volition' Phoria have delivered a stunning record, that's so masterful in this style of music that it doesn't feel like a debut album, but rather a band at the peak of their powers. Who knows if they'll ever actually be able to top it or if the best is actually yet to come. Either way if you're into chilled out electronic music or just soothing music in general, this is essential listening for you.