Given the choice, and time permitting, I would rather take the PCH than the interstate every time. There is nothing inherently wrong with the interstate: it's functional, it's efficient and it gets you from A to B. The interstate, however, has no drama, no moments of breathtaking beauty, no surprise, no excitement and no romance. 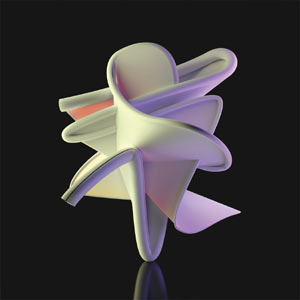 'Horizons', the second full length album from Painted Palms, is the musical equivalent of the latest interstate. It's shiny and new, probably came in on budget, was delivered on time, achieved its remit and didn't deviate from the course it set out on. There are no jolts, no spikes, no chinks and no bumps. (John Legend would struggle to find any curves or edges!)

Aside from track #9, 'Painkiller', 'Horizons', like Julia Roberts and Kiefer Sutherland in 1990, flat lines throughout. Just like the American AOR of the 80s that became populated by the likes of Journey and Foreigner, there is a steady stream of blanketed and perfectly balanced music that drifts on by. There are never any jolts. You wouldn't switch it over because it doesn't jar but neither would you remember any of it five seconds after you switched off.

It's arguable whether the production is brilliant or banal. Everything has been polished so precisely to ensure that one track dissolves seamlessly into the next. What you end up with though is a silky smooth product with the appeal of polyester. The sound is theirs and certainly has plenty in the way of cohesion and consistency. However, the resultant electro-infused pop is so over manipulated that it lacks distinction on individual tracks.

'Contact' starts promisingly enough, with an almost Donna Summer 'I Feel Love' vibe permeating through, but even this track quickly sheds any higher aspirations in favour of sterilised monotony. And whilst lead single 'Refractor' headlines 'Horizons' and succinctly captures the essence of the album, the ensuing tracks fail to move the music on - they are mere distillations of the original. The lyrics may alter from track to track but the vocal treatment remains unwaveringly unimaginative from beginning to end, you could swap any of them out for each other with little effect.

'Horizons' feels like a tranquillised version of itself. It's a safe, squeaky clean, quality product but ostensibly bland and soulless; a musical interstate that'll never be an 'Autobahn'.