Review of Outside The Skyline Album by Miguel Migs

Like a few other niche vibes, Deep House - substitute the "Deep" for "Dad" in some quarters - has something of an image problem. On one level the sound - a tapestry of soul, Latin and disco influences all shaped by trad 4 to the floor beats - is the archetypal soundtrack to a sophisticated night out on the tiles. On another, it's go-nowhere lift muzak, an overblown cocktail of lazy clich's and receding hairline sentiment made for Golf drivers everywhere. 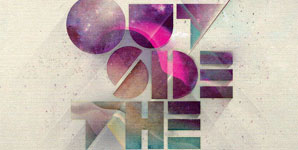 As ever the key is in the execution. Miguel Migs is a scene veteran with a pedigree that tells it' own story, with early work for the legendary Naked label leading to remixes for the likes of Britney Spears and Macy Gray. His fourth album, Outside The Skyline continues down the ain't broke don't need fixing line, Migs working his production magic alongside an extensive list of collaborators that includes Evelyn King, Bebel Gilberto and Freddie McGregor.

For fans of those early Naked releases, or those who got into the slightly less obscure Disco Kandi tunes of the late nineties and early noughties, there will be plenty of reassuring hallmarks of quality. On Both Tonight and Breakdown Migs unfurls his layers of cool mid-tempo banner, a nonchalant weave of organic retro keys and relentlessly funky bass which resembles - in a good way - the acid jazz heyday of The Brand New Heavies.

If that doesn't appeal - and let's remind ourselves after all that it's nearly 2012 and not 1996 - then there may be little point in bracing yourself for the rest. An attempted breakout into macro economic strife and personal politics on The System, complete with bemused sounding Ragga vocals from Capleton, fails to stir much more than a dry Martini, whilst Gilberto delivers little more than a perfunctory Bossa turn on Zuzu.

Perhaps the problem with Deep House is that its acolytes simply don't want it to go changing; much of Outside The Skyline could've been playing at some Lower East Side loft party when George Bush was still president, despite some reputable but half hearted attempts at spritzing the formula on the otherwise lush Lose Control. This almost certainly misses the point though. The answer seems to lie in the maxim that Migs simply understands what his audience needs to hear implicitly, and keeps making music that hits their collective spot. It's a focussed work ethic he deserves credit for adhering so closely to, particularly on closer Getaway, the cosmopolitan grooves of Changin' and the almost horizontally relaxed Close Your Eyes. It's in these moments that his giving the people what they want aesthetic is fully realised, and despite being an antiquated notion, the end result is collection of little risk, but undoubted consistency.

Miguel Migs - Outside The Skyline