John Legend - All Of Me Single Review

Review of All Of Me Single by John Legend

Possibly the singularly most romantic album of 2013, John Legend's Gold certified fourth offering 'Love in the Future' was a critical and commercial success - and it's really not hard to see why. With a collection of songs so poignant and appropriate following his subsequent marriage to model Chrissy Teigen, we knew we'd be in for something special. 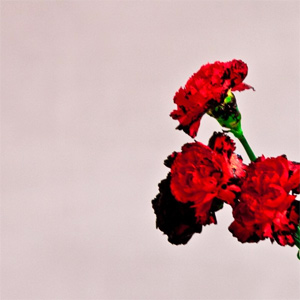 'All Of Me', the third single from the album, is a fine example of this. Directly written in reference to Chrissy, it shows us that there's no doubt whatsoever that John Legend is a man in love - and that's one of the things that makes this single so remarkably beautiful.

It's a piano and voice only song (only appropriate for a mushy love tune) and John's vocals are at their most unrefined. You can hear every crack in his raw, soulful verses and thus you are forced to listen intently to his heartfelt lyrics. While it's highly difficult to write a love song that isn't nauseating and with originality, John certainly doesn't go by the 'roses are red' romance formula that so many of his contemporaries do nowadays: "You're my downfall, you're my muse/ My worst distraction, my rhythm and blues". It's a genuine song that truly feels like it's been composed for someone special.

The only time we feel like any studio interference has occurred is the added vocal echo midway through the song. Although it doesn't take anything away from the track in the sense that it's not going to affect your opinion on it, it doesn't feel like a particularly necessary addition; 'All Of Me' already feels more current than his previous work that involved only minimal instrumentation without the need for extra layers.

John Legend has presented us with a charming example of what a decent love song should be; a simple tune that's incredibly catchy with lyrical finesse and pure, honest truth; it takes a legend to accomplish that.