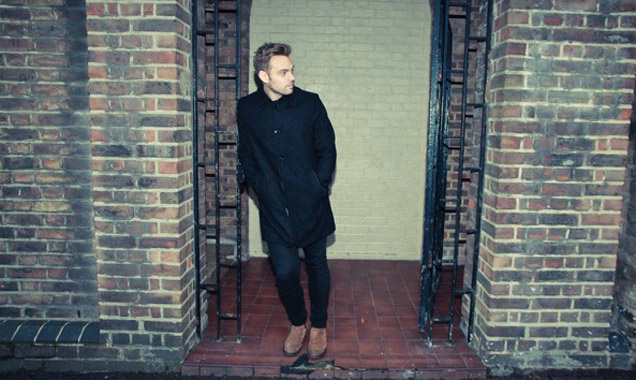 An Interview with Ben Montague

Ben Montague, independent artist and owner of a London guitar store, released his third studio album 'Back Into Paradise' earlier this month (June 2015). Recorded over a period of around 18 months, the record was a crowd-funded effort produced by Peter-John Vettese. He's just been on the road during the recording process, but he's gearing up for another UK tour in October.

Here at Contactmusic.com, we caught up with him to discuss the pros and cons of crowdfunding, putting personal experiences into songs, and the inspiration behind his Foo Fighters cover.

Hi Ben! So, your new album 'Back Into Paradise', is finally here - how long has this been in the works? Just under a year and a half. You're always writing songs; I was writing a bunch of songs while I was on tour and, when I could finally make the leap to recording, the process took about six months. I was on the road quite a bit last year so we recorded it in stages. I did a bit before I went out on the road, then when I had a few days off, then finished it after the tour.

With this being your third album, how did you want it to be different?
I really wanted it to draw on experiences from my life and just try to make it as honest as possible. I always think that, lyrically, it's important to have songs about things that have happened to me in my life or people around me, or things that I'm surrounded by. It then helps when you're on the road and singing those songs, because you've got a meaning, and hopefully the audience will pick up on that and they can come along and join the ride.

But a song can be written by you to mean something, which it might not necessarily mean to a listener. For example, in the song called 'Sleeping', it's about my younger brother. He'd just gone through a break-up and the song was me saying to him, 'I'm here if you need me, mate', but when people hear it they think it's about a relationship I've been through. I don't think I would ever write a song about somebody or something and make it malicious, but there are certainly things that you can write about lyrically, which the audience might see differently.

Do you have a song that means something extra special to you?
Yeah, there's a song called 'Another Chance' which is on the album. My grandmother passed away last year so I wrote the song because she's one of the inspirations for me wanting to do another album. The song is about having one more chance to see her, or say something to her again. I guess, in many ways, that's the song I'm most looking forward to performing live, but I'm also dreading it because it's gonna be quite emotional.

What was the biggest lesson you learned from your previous works?
Again, for me, it was about making sure that it was an album with a collection of songs that were true to me in every sense of the word. I wanted to know that I could deliver those songs live, because there have been a couple of songs on past albums where the production has become so big that, when you deliver it live, it might not have the same impact to the listener as hearing the record. My producer came up with a really good way to describe the music on this album: it's Rootsy Pop. While it's pop music, it's got a real Roots feel to it. Pete would always say 'it's warts and all', because there are a few blemishes in there, but it's true.

This album was entirely crowdfunded - do you think that crowdfunding is a good way of making music?
I think it's an amazing way. I am such an advocate of Pledgemusic.com; I think they have an incredible team of people, they're so supportive. They help you from start to finish with building the campaign and promoting it. For an independent artist like myself, you have a fan base and wanna put out another record but you need help to do that. Crowdfunding is a beautiful way for people to do that.

Do you think there are any downsides to it?
I'd say the only possible downside I can see is how busy you can make yourself. Being able to fulfil all those exclusives and requirements can be difficult, but I think it's down to the person and what they want to achieve from it. In many ways, you make your own destiny when you decide to go for it. I've heard of people who've tried it and not really given it their all or thought it would handle itself, and that's not how it works - you have to be really excited about the campaign and getting your fans involved, which fortunately I love doing.

One of the songs on your album, 'Best of You', is a Foo Fighters cover - why did you choose that particular song?
While writing songs, I never really thought about covering songs. With this album, that was something I wanted to do differently. Immediately I thought, 'Maybe I should do a Bob Dylan song or maybe I could cover a Beatles tune', but loads of people have done that. I was listening to The Faces, The Who and all my favourite classic bands, but when I was on tour with my guitarist, we were driving up to Scotland and it just came on the radio. I'm a huge Foo Fighters fan and I love the song, and the lyrics really fit what I was feeling when I went in to record the album. I thought about it, then I went in to talk to my producer and said, 'If we're going to do a cover, we should take a song and reverse it'. So we took this very big rock song and turned it into a ballad. We sat down, worked it all out, he did a beautiful string arrangement for it, and I literally put a really quick, scratchy vocal down on it because I was on tour. He sent me the MP3 later and it knocked me back! When I went in to do the proper vocals later, I really listened to the lyrics and I thought it was a beautiful song. When you think of the Foo Fighters, you don't really think of lyrics, you think of rock tunes.

Thanks for speaking with us, Ben!