Hurray For The Riff Raff - The Navigator Album Review

Review of The Navigator Album by Hurray For The Riff Raff

Hurray for the Riff Raff (Alynda Segarra and band) hail from Louisiana, via The Bronx, and are often described as Americana to help pigeon hole and assign their music for a world which likes order (and for those of us that may not be able to just listen and appreciate without labelling). It's an easy thing to do, it avoids confusion and gives us a sense of security and place. I think for The Navigator though you can pretty much throw that notion out of the window because there is no cajoling this album into any musical corral. 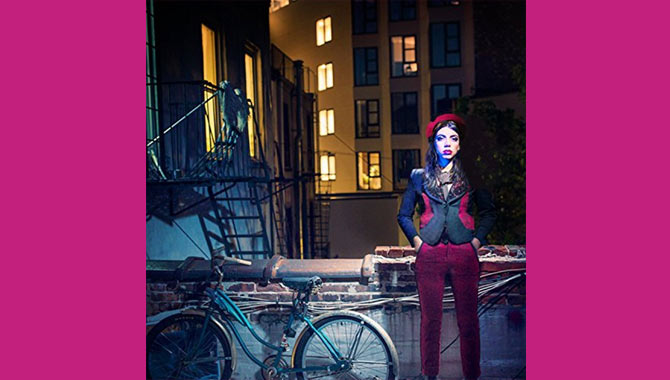 'The Navigator', Hurray For The Riff Raff's sixth studio album, is a twelve track exploration into Alynda's roots. Judging by the album alone these would appear to be strikingly disperate. Yes there are the obvious bluesy hued folk songs of the 'deep south' ('Halfway There'/'Life To Save') but there is oh so much more. As well as a Country lilt to some of the songs there's also a sassiness and swagger more akin to the most recent releases of Angel Olsen or Mitski.

Two of the singles lifted from the album, 'Hungry Ghost' and 'Rican Beach', may share the individual vocal nuances that Seggara wraps around the arrangements but are closer to Olsen or Bonar on 'Hungry Ghost' and even Carlos Santana on the salsa shimmying 'Rican Beach'. On the piano lead 'Fourteen Floors' Seggara takes on a tender stance delivering up a song with echoes of Tu Fawning's master piece 'Apples And Oranges'. All three display a range and mixture of styles that Hurray For The Riff Raff are clearly happy to inhabit. Where ever I lay my hat and all that.

There's musical theatre, a Vaudevillian showmanship and a straight up, in your face, stark reality born out in the stripped back 'Pa 'lante'. Seggara immerses herself in the revolutionary cry for change and audibly bleeds its finale wearing her Puerto Rican heritage well and truly on her sleeve. The South American influence is also brilliantly brought through on the title track as Alynda shifts her way across a smoother, seductive, rhythm with a cinematic string enhanced score that just oozes intrigue.

Samba beats shot through a percussive canon of intensity and passion charge us toward the close out track 'Finale' to bring the curtain down on a really individual, fascinating concept album that is refreshingly unconventional in its reluctance to conform to any classification. This is a mongrel album, an album that's walked around the block and taken a tasty morsel from each take-away along the way, a fusion of sorts but not one you're used to.

Hurray For The Riff Raff - The Navigator Album Review