The actor got in the Director's Chair in the latest season of 'Gotham'.

'Gotham' has for almost three full seasons now brought the origin stories of some of DC Comics most memorable heroes, villains and everything in-between to the small screen, offering a glimpse into the lives of some characters that would never have been given the same sort of attention in the past.

Ben McKenzie stars alongside Donal Logue in the series

Ben McKenzie has headed up the series in his role of Officer James Gordon; a character familiar to former fans of the universe in that he's the police officer who often works closely with the Caped Crusader himself, Batman.

Here in this series, the Dark Knight is a superhero of the future, with young Bruce Wayne (David Mazouz) still trying to discover the secrets surrounding his family with his butler Alfred (Sean Pertwee) in tow. 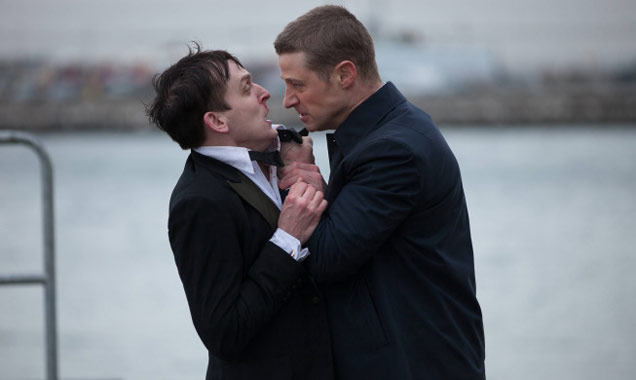 Officer Gordon doesn't always play by the rules in 'Gotham'

Now in an upcoming episode, McKenzie has been given the reins to direct, and it's something he says he slipped straight into without much difficulty.

"As a director, you're given a lot of people coming up to you constantly asking for your opinion on everything from which location you should shoot at, how that location should be dressed, props, casting, dialogue," he explained in a chat with the 21st Century FOX blog.

"I was surprised at how much I didn't know that I knew, and I was able to answer more questions than I thought I was going to be able to."

The actor was also asked whether he'd be looking to direct another episode in the future, to which he responded: "Well, I haven't been fired yet..."

It's going to be very interesting to see how different McKenzie's episode of 'Gotham' feels when compared to those that have come before it, with American fans getting their first viewing of the episode - 'These Delicate and Dark Obsessions' - tomorrow night (May 1). If the episode IS a big success, we can't see any reasons as to why McKenzie wouldn't be asked to return to the Director's Chair in the future.

More: Could We Soon Be Seeing Harley Quinn's Origin Story On 'Gotham'?

'Gotham' season 3 continues Mondays on FOX in the US and is expected to return to Channel 5 and Netflix in the UK later this year.