Although Bear Driver hail from England, the noises they make on their self-titled debut album certainly call more American slacker bands to mind than any sort of Britpop. This is not a criticism in any way; Britpop's moment in the sun has almost certainly passed and what Bear Driver do deliver is certainly exciting in places and well crafted. 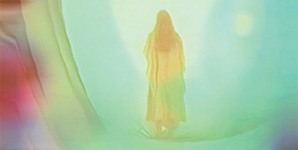 The album kicks off with the riotously noisy sunshine pop of Big Love. I say sunshine pop, but to get to the sunshine pop you'll have to get through the walls of thick, distorted guitar fuzz standing in the way. It all makes for a sound not a million miles away from Dinosaur Jr or Sebadoh. It is during these louder, more raucous moments where Bear Driver seem to really hit their stride, like on Let the Cold which drags the tempo and guitar noise right up.

Elsewhere on the album, Bear Driver show us that they aren't just one-trick-ponies as they try to seduce us with that kind of delay drenched, My Bloody Valentine-esque wooziness on tracks like Impossible. When they go even quieter with a song like Never Never, they even bring to mind the more cerebral and minor key moments of Pavement's back catalogue. These tracks are certainly worth a listen, if slightly less exciting than the album's louder moments and perhaps just a little too close to the source material which has so clearly inspired them. Hey, there's nothing wrong with homage, but when you are playing around with a sound which has been done thousands of times before, you have to be careful that you don't slip into the utterly forgettable pile of bands doing exactly the same thing.

Bear Driver show an awful lot of talent and promise on this album, but it feels like they struggle to break free of their influences and carve out a sound which is their very own individual space. None of this is to say that Bear Driver is not, however, an enjoyable and pleasant enough album, but is that enough? 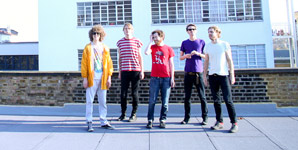