She is following in the footsteps of Angelina Jolie.

The very first images featuring Alicia Vikander as Lara Croft from the upcoming 'Tomb Raider' re-boot have finally been unveiled, and feminists are loving the famous video game character's new look. The movie is currently filming, to hit screens by next year. 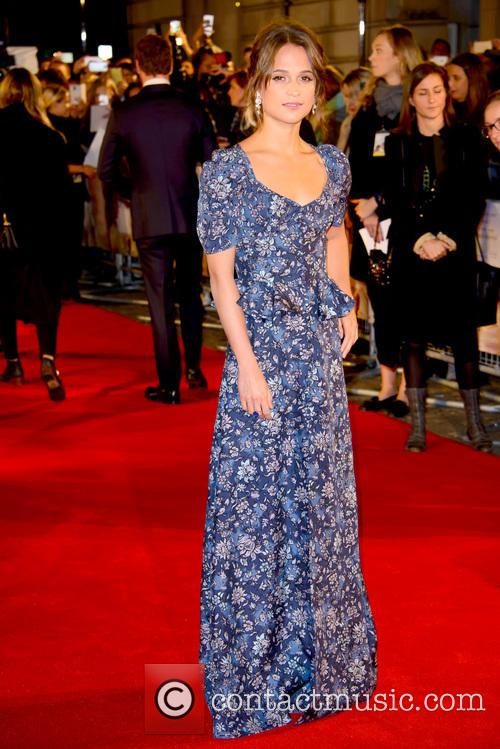 When Angelina Jolie took on the character for the first live action film adaptation in 2001 ('Lara Croft: Tomb Raider') and its 2003 sequel ('The Cradle of Life'), she very much reflected the 90s look of the original heroine. That means to say, is was all about hotpants, a big bust and really tight shirts.

Nowadays, the video game (the latest release of which was 2015's 'Rise of the Tomb Raider') has taken on a much less sexist view of the character. She's a damn archaeologist after all, not a glamour model. Alicia Vikander has been granted that particular look, complete with jeans and a lot of dirt, and her body is that of an athlete who has been training hard to be in this movie.

The new film follows Lara Croft as she embarks on a mission continue the work of her discredited archaeologist father and uncover the secrets he got so close to unearthing in his lifetime. Of course, it was never going to be that simple, and no sooner has her adventure begun than she is forced to fight for her life.

'Tomb Raider' is being directed by Roar Uthaug ('The Wave', 'Escape', 'Cold Prey') with a screenplay by Geneva Robertson-Dworet who has been announced to write a number of scripts for upcoming films including 'Dungeons & Dragons', 'Gotham City Sirens' and 'Sherlock Holmes 3'. Also starring in the movie are Walton Goggins and Dominic West.