The Man From U.N.C.L.E. Review

Adopting a deliciously groovy vibe, Guy Ritchie turns the iconic 1960s TV spy series into a flashy action-comedy. There's absolutely nothing to this frothy romp, but it's packed with hilarious characters and lively action scenes that continually surprise the audience with inventive twists on the genre. And it just might turn the suave, fast-talking Henry Cavill and the brooding, engaging Armie Hammer into A-list stars in the process. 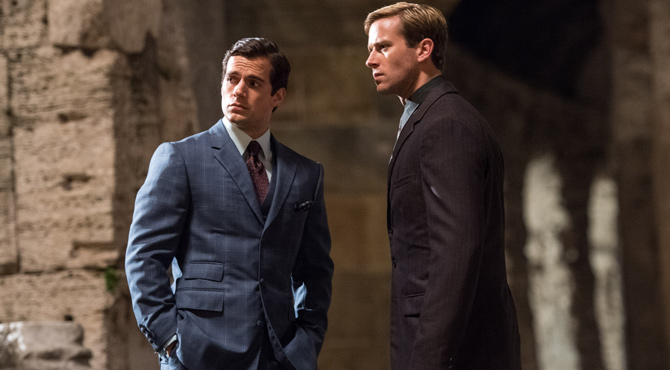 It opens in 1963 East Berlin, where ex-con CIA operative Napoleon Solo (Cavill) is trying to help sexy mechanic Gaby (Alicia Vikander) escape to the West, chased by his nemesis, KGB agent Illya Kuryakin (Hammer). Gaby's father is a nuclear scientist on the verge of selling his secrets to a rogue Italian billionaire couple (Elizabeth Debicki and Luca Calvani) so, even though the Cold War is raging, the CIA and KGB decide to cooperate on the mission. This means that rivals Solo and Illya must work together as they travel to Rome with Gaby, making contact with British agent Waverly (Hugh Grant) and Gaby's creepy uncle (Sylvester Goth). And of course, there are unexpected wrinkles along the way.

As always, Ritchie cleverly subverts each set-piece, letting chase scenes unfold in carefully staged but enjoyably inventive ways, often putting the real action in the background while the characters act as if they're above all this nastiness. As popcorn entertainment, this is first-rate, with a cast that's more than up to the challenge. Cavill is particularly smooth, a Bond-style spy who seems unable to resist seducing every pretty woman he meets. Hammer's role is pricklier, since Illya never quite relaxes, although his petulance makes him just as likeable. Their interplay is snappy and often very funny but, unlike Ritchie's similarly toned Sherlock Holmes movies, this strains to avoid being a bromance. Solo and Illya continue to spy on each other right to the end, maintaining their Cold War distance even as they team up to save the world.

Even more oddly, Ritchie infuses the movie with a vague sense of the sexist and homophobic attitudes of the period, while the script never bothers to explore the tricky politics that drive the plot. The women may be fiercely strong-willed (both Vikander and Debicki are terrific), but they are essentially little more than a sexy distraction for two men who are perhaps too determined to prove their masculinity. Thankfully, the film is nearly bursting with style and wit, looking great as it continually makes us laugh. It may skim merrily along the surface like a cool speedboat on the Mediterranean, but the ride is so much fun that we don't mind switching off our brains for a couple of hours. 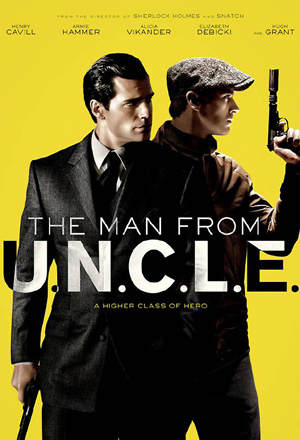