Review of Compilation Album by Young And Lost Club

Indie guitar music may be grating a little thin on most people these days, but the considerable influence on how it has been shaped by London duo Young and Lost Club cannot be ignored. Just a glance at the roster on this album, their singles compilation, will show you that. 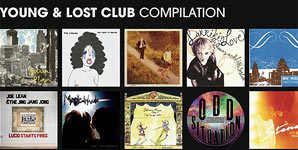 From the duo's inception in 2008, when a couple of girls who decided to do more than just go to gigs, they have collected a host of influential, jangly pop bands. Good Shoes, Bombay Bicycle Club, Noah and the Whale, Vincent Vincent and the Villains: there have been some serious contenders in the indie chart since then, and in such you can see why they'd do a victory lap.

However, after a couple of spins the flimsiness of the Young and Lost fabric begins to show. There are some good songs here, GREAT songs even, but the first half of the album in particular just seems to splinter into a mass of spiky guitars and 'woo woohs.' If only the whole record achieved the exhilaration of the pouting, stomping of 'Evening/Morning' by Bombay Bicycle Club, or the poignancy of 'What More Can We Do,' by Planet Earth. The insipid Noah and the Whale song, Joe Lean and the Jing Jang Jong even featuring - it doesn't add up to a seminal album.

The truth is that the interesting things on here come from the exception rather than the rule. The late appearance from Oh Minnows and Everything Everything ('My Kyz, Yr BF') perk things up at the last minute.

Having said that, there's rarely a label compilation that doesn't show a little inconsistency. But as this particular brand of indie music has had its day in the sun, Young and Lost would do well to invest in their more experimental peripheries than in the central brand of guitar pop.