Review of Death to False Metal Album by Weezer

Having only just released their latest album Hurley earlier this year, it is an odd decision on Weezer's part to then put out the Deluxe Edition of Pinkerton and this, Death to False Metal - A collection of outtakes from the band's fifteen year tenure with DGC records. Given the disparity between the time periods these songs were originally written and recorded, it is a wonder that the collection does not sound disjointed at all, and given that it is a collection of songs that never made it onto an official release - A-side or B-side - there is a surprising number of highlights on offer here. 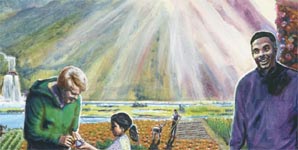 Death to False Metal opens up with Turning Up the Radio, A classic sounding blast of Weezer pop, which began life as a collaboration with Rivers Cuomo and various Weezer fans the world over via Youtube. It is a great, solid song which certainly beats a lot of the more recent Weezer material, which has suffered by going out of its way to be overly commercial. Blowin' My Stack is a similarly strong song, embracing all that is great about Weezer when they are on form.

Elsewhere, the collection embraces Weezer's slower side with Losing My Mind, a dark and simplistic track that would not have sounded out of place on Pinkerton. The albums closing rendition of Un-break My Heart is also worth the asking price alone. It is big and silly, with a huge guitar solo and some startling falsetto vocals from Rivers.

Unfortunately, there are a number of duds contained herein. Auto-Pilot is an overly simple electronic number that never really goes anywhere and seems to just plod along on its own content in its mediocrity. Odd Couple is another below par song, with lacklustre lyrics like 'I've got a PC, you've got a Mac'. The song structure is overly-similar to Auto-Pilot which probably explains why both songs kind of let the album down.

Over all, for Weezer completists, this collection will be full of treasures, although at only 10 songs you could argue that more effort could have been put in to truly empty the Weezer vaults.