There's an undeniable 90's revival going on in punk/rock right now with the likes of Basement, Title Fight and Nothing reviving genres such as grunge, emo, shoegaze etc. These styles of music which were birthed or at their peak in the 90's, for whatever reason, are once again compelling to rock fans in the present. Australian four-piece Violent Soho have been one of the strongest bands to grace this resurgence with their loud and dynamic indie rock which takes influence from the likes of Dinosaur JR, Nirvana and The Pixies and is also somewhat life-affirming with such a free spirited nature to their songs. Their newest album 'Waco' sees them continue down their path of crafting fuzzy bangers. 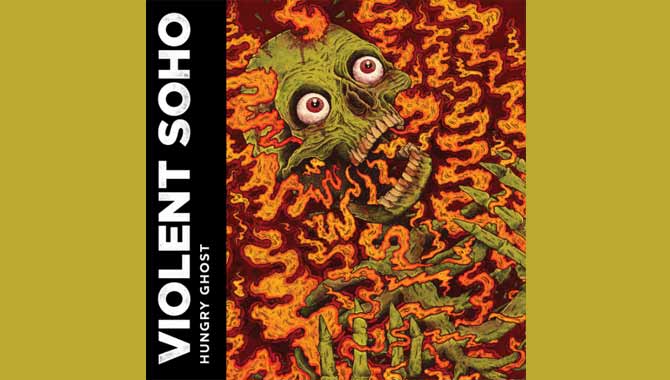 Opener 'How To Taste' starts with nice breezy guitar noodling before colossal distorted riffing and screaming comes in, but remains feel good being at a pace that's lively but not in any rush. The vocals switch between being soothing and mucky but constantly feel playful and fun. This is what the majority of 'Waco' is like, excitable, bouncy guitar music. Violent Soho's sound is a straightforward one with the simple ingredients of quiet/loud dynamics, a summer-evening-like atmosphere and simple, but energetic riffing. However, it's the band's spontaneous approach to songwriting and their feisty spirit that really ignite the songs.

Across this record you just have a collection of solid vigorous tracks. 'Like Soda' has a 'don't give a f*ck' attitude all over it with vocalist Luke Boerdam repeating 'we don't mind, we don't care, we'll be here forever' and easy-going instrumentation to enhance the carefree spirit of the song. 'Slow Wave' has an early Foo Fighters vibe in the guitars the way melodic chords are played with much ferocity and 'Evergreen' has the most nails chorus on the album thanks to a speedy, but stompy riff where lower notes get much attention.

Not all the songs are hell raisers though. 'So Sentimental' is warm and friendly with the guitars drifting along accompanying lyrics like "call me brother, call me sister." The penultimate song, the title track, is much more sombre compared to what's preceded. The guitars are still driving on this song, but the strength in which the notes are being played is much more reserved like it's exhausted, but it keeps slugging on anyway. Boerdam's vocals also sound defeated on this track constantly sounding like he's just received some bad news making this an effective glum tune.

Whilst there isn't anything close to a bad song on 'Waco' it's not always 100% thrilling. The loud parts in 'Blanket' aren't as explosive as they need to be to really make an impact which also harms the galloping, but low-key riff as it feels like a build up to nothing. But overall there's very little flaws on this album and it's impressive that Violent Soho can keep your attention for most of the 45 minutes with simple songwriting and not even much of a fresh sound. This is simply down to the adrenaline in Violent Soho's playing as well as the high level of emotion displayed. Some of the lyrics detail memories/experiences that are personal to Boerdam such as stumbling whilst staring at a girl ('Evergreen') whilst others are just about everyday life and regular feelings like wanting escape ('Slow Wave'). Boerdam constantly sings with such passion to really make you feel these themes.

If you're digging the fact that the 90's are having a strong hold on rock music at the moment or even just love raw, punchy but anthemic songs, then you don't want to let 'Waco' pass you by as Violent Soho excel in this kind of music that's gutsy and memorable. Violent Soho don't reinvent the wheel here, but they don't really have to when straight-up rocking, impactful tunes are their game. 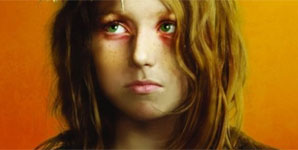