Tindersticks - The Something Rain Album Review

Review of The Something Rain Album by Tindersticks

In a not too distant parallel universe the term 'Tindersticks' is used to describe something that does "exactly what is said on the tin". The now Berlin based sextet have covered more ground than ever on the two albums since their return from semi hiatus, with the rockier (relatively) 'Hungry Saw' full-length and the (again relatively) experimental 'Falling Down A Mountain', but these have been mere sidesteps rather than journeys into brave new territories. 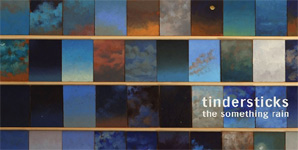 On their ninth album, 'The Something Rain', they go back to what they know, with a sound much closer to their first two, eponymous, full-lengths. Opener 'Chocolate' is a bare nine minute spoken word opus similar to their early benchmark 'My Sister', and touches on the same grounds of overbearing tragedy, but the band retain their ability to deliver in seriousness something which would be parody in the hands of most, despite the consonant clicks of the narrator baring a resemblance to David Mitchell. Behind it, saxophones and cymbals smoulder in a typically slow-burning fashion, jazz and lounge in intercourse but in a way that is somehow not utterly vomit inducing, loosely matching up to a story of a misguided sexual advance which makes references to Foxes biscuits and The Courteeners. In the parallel universe mentioned earlier, vocalist and song-writer Stuart Staples is, perhaps rightly, a poet laureate.

On 'This Fire Of Autumn' the band conjure up a dulcet, downtrodden take on disco, with Stuart's defeatist croons contrasting against flickers of falsetto and slap guitar, resembling The Beegees in the first moments following Maurice's passing. As usual the orchestration throughout is perfectly suited to his soliloquies, combining the regality of The Blue Nile with the sparsity of Talk Talk at their demise. The slow midnight drive of 'Medicine' is a particular highlight in its marrying of searching guitars and dulcimer lines to bowed strings. It is the world-weary older brother of 'Nightingale' from Low's recent 'C'mon' album, and like the Duluth trio for Tindersticks silence is often the strongest weapon in their armoury.

'The Something Rain' is the sound of self-imposed self-isolation and self-obsession, and of a stern refusal to expand boundaries and a bleary-eyed submission to personal and structural decay. It carries throughout a naked beauty, but one you can only appreciate truly when surrounded by all things ugly. In all, it is the true encapsulation of Nottingham, the city Tindersticks have long since shunned. Very few bands paint a picture or tell a story like Tindersticks, and every track on 'The Something Rain' is a page turner. 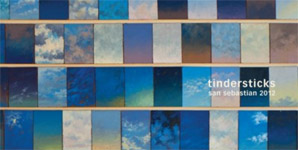 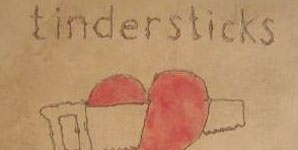