Review of The Fluffer Album by The Blue Eyed Shark Experiment

If you're hoping for a straight up generic record that holds no surprises and blends into the background, then The Fluffer is not for you! 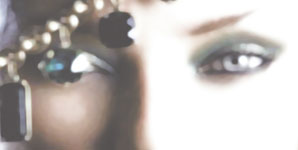 From the off it's a theatrical affair swamped in adventurous production and musicianship that overloads the listener with a cocktail of sounds noises and damn right barmy samples.

Opener The Fluffer has moments that have a lot in common with any Muse record of the past. This is all before breaking off into a spooky sounding romp that wouldn't be out of place at a French circus.

The Pace of this record is impossible to tie down, Goodbye my little friend proving this point from the off, contrasting with the Fluffer, it bursts from sombre to euphoric in no time at all, mixing emotions and sounds along the way.

There are also an array of genres on show here, folk, straight up acoustic pop are on display and there's even a dance record slapped in there for good measure. It would be safe to say that Jet Plane is the most out of place track on any album in recording history, following eight fairly gentle acoustic tracks, it bursts out like..er.. well like a jet plane to be honest, without any prior warning. That's not a bad thing however, surprises are always welcome, however surprises as dated as this are better off left on the studio floor. Sounding more like a cheap Pet Shop Boys B-side, it doesn't really do the Fluffer any justice at all. However this slight blip is quickly forgotten and the album gets back on track with Rain, which like most tracks on the Fluffer is a piano based track and follows a Beatles esque avenue with its melody and chorus.

It would be criminal not to mention Look Back, by far the albums stand out track, its pace is consistent. Driven by acoustic instruments, it allows more attention to focus on the heartfelt vocals that sooth throughout. Ultimately this record is an experiment that has most certainly worked. Never stopping to catch breath, it's a continuous journey that you will find hard to step away from.