Review of Build With Erosion Album by The Berg Sans Nipple

Nebraska/Paris duo The Berg Sans Nipple have always stood out like a sore thumb, whether that thumb is pointed in the direction of windswept post-rock or the nearest discothèque. Adored by the none-more-serious devotees of Constellation Records and fans of beat-driven dance music not put off by particularly unconventional construction alike they have yet to settle on any common theme, and 'Build With Erosion' falls even further from convention. 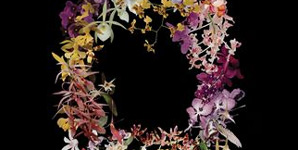 The main point of attraction of 'Build With Erosion' is that it is a veritable gumbo of genres and styles, blending reggae, funk, afrobeat, post-rock and dub, and yet the end result is something surprisingly coherent and listenable; the parts of its sum are more a side-product of the two-pieces' own penchant for discovery and experimentation than an active pursuit to challenge the albums' listeners.

Very little, past the deadpan, reverb-soaked vocals, remains constant from the albums' opening to its close. It is for the most part centred around percussion and bass-heavy, and constructed using a cut-and-paste method that give it the vibe of an old-school hip-hop album, but the elements cut from and pasted into each track vary to the extent that, for better or worse, it occasionally develops the feel of a compilation, so loosely related is each one from the ones preceding and following it.

'Build With Erosion's conclusion, 'Pink Rays Sugar', is the most relaxed selection from the full-length and also the most memorable; a hushed, slow-burning lullaby not far from the hazier moments of Menomena's criminally underrated 'Mines'. It drops the 'cut-and-paste' and instead builds gradually into a maze of glockenspiels and snare hits, and is a welcome respite after ten tracks that for all their individual strength do become slightly overwhelming by the albums' conclusion.

'Build With Erosion' was never going to be an exercise in conformity, but for all its scatter-shooting and refusal to sit still it still remains a full-length from which much enjoyment can be derived.