Richie Hawtin - From My Mind To Yours Album Review

Review of From My Mind To Yours Album by Richie Hawtin

Is this what it sounds like when the ghosts of your pasts become those of your present? Richie Hawtin needs little introduction in electronic music circles, but having spent much of the last few years on the lucrative global DJ roustabout, his releases as a producer have been sporadic by any benchmark. 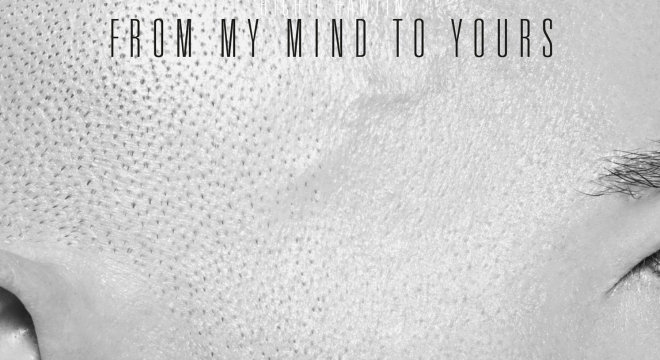 For Hawtin From My Mind to Yours began as a simple exercise in road-testing a new studio, but then rapidly became a Damascene trip (sic) back into the realm of creating new music, albeit in familiar forms and under the guise of well known aliases. In part using vintage equipment found in gathering dust in a corner, this new spirit of retro-pioneering led to a series of jams which would ultimately become to what we have here. It's appropriate to point out that what he conjured out of the sessions is both a return to familiar forms but equally very much for the purist: the whole excercise clocks in at over two hours played back to back, but you assume the urge here to drop in and tune out will be strong for those who like the isolation of long, dark sets in clubs which harbour similar qualities.

Reviving names like F.U.S.E is a bold step, even when you don't really have to consider what other people think, but luckily the moniker used to bring the seminal Substance Abuse to the world in 1991 is still making sounds here to dazzle the ears and to flash-fire the retina by. Twenty five years on the sounds are now tougher and more hypnotic, the chattering hi-hat and discombobulated voices of Close like a rogue piece of software fragged by something alien, whilst the monstrous, near sixteen minute Them needs to be consumed best whilst subject the metronomic pacing of a long train journey.

Of all the English born, Canadian raised maestro's identities it's the Plastikman one for which he's arguably most recognised, a handle that became synonymous with the claustrophobic dread of Consumed, although it's guested last run out (2015's Ex Club Mixes) was a disappointingly soporific one. This recent failure you guess is what earns it five shots at redemption as a result, of which Cirkus is the pick, a series of phrases that use melody only as a strangled counterpoint, the shifted distortions like the exhalations of a lost soul. The others feel like they're made much harder, unrelenting loops constructed from wire and hard callused hands, the sort of unforgiving rhythmic patterns generated by machines with little conscience. Purrkusiv is just that, like being attacked by a circle of drum machines as a modern day sorcerers apprentice, whilst Gymnastiks is lower-slung with a tempo that suggests it's about time to leave and hit the pavement before dawn finally comes.

Back to ghosts then. The problem with them is that they so often become mischievous, which is why they need to be exorcised. Circuit Breaker's Systematic is an example of that phenomenon, it's wriggling acid parps and thudding rave sirens a reminder of a smoke filled blinder for certain, but hardly starting an avalanche of innovation. This feeling of being haunted by some sort of past life is in fact everywhere throughout From My Mind To Yours, deja new for something happening now, a trance like status that reoccurs on 80xx's Grindr, the quasi-house of Robot Man's Simple Simon or Childsplay's spectral IDM on Stretching.

Maybe this self induced hipknowsis is the point. Your roots twist and turn, there to trip you up, but are sometimes worth revisiting for all that. F.U.S.E vs. Plastikman – surely the title of a comic soon – prove that on EXpanded by matching finesse to the fine motor skills of a veteran, it's possible to straddle a number of dimensions at once, like a Timelord at 130bpm. As well assembled, finely cut and pristine as From My Mind To Yours Is however, there's still a nagging doubt Richie Hawtin is trying to apply CPR to something that never needed a reboot. He's never really done irrelevant: there are times here however when he steers dangerously close to it.

Richie Hawtin - From Mind To Yours Album Review