Review of Crown Of Thorns Album by Rakaa

Rakaa releases 'Crown Of Thorns' on Decon Records. Known as an emcee for Dilated Peoples, Rakaa is certainly well respected in the hip hop game. 'Crown Of Thorns' is an example of hip hop realness with slick flow, straight hip hop production and lyrics. It's no surprise to see the mighty KRS One on the album featured on 'Human Nature (Now Breathe)' and the cool Chali 2na on 'Mean Streak'. Other guests include: Fashwan, Noelle Scaggs, Evidence, Defari and a whole host on 'Ambassador Slang'. 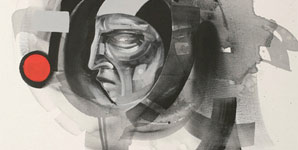 We would expect sophistication, culture and skills with Rakaa and we can feel that on this album. 'Crown Of Thorns' in the hip hop sense ticks all the boxes, keeping it traditional in a 'heads' way. There are some highs and consistent themes to keep the lovers of hip hop in the game although it may not add too much to the casual listener. It's certainly shows experience and I'm sure Rakaa will be pleased with this solo offering.