The EP includes two tracks from last year's EP 'The Seeds You Sow'.

Prides are making their mark on US soil with the upcoming release of a new stateside EP entitled 'Higher Love'; out this Spring, they'll be following up the release with a series of headline dates as part of their 'Out Of The Red, White And Blue Tour'. 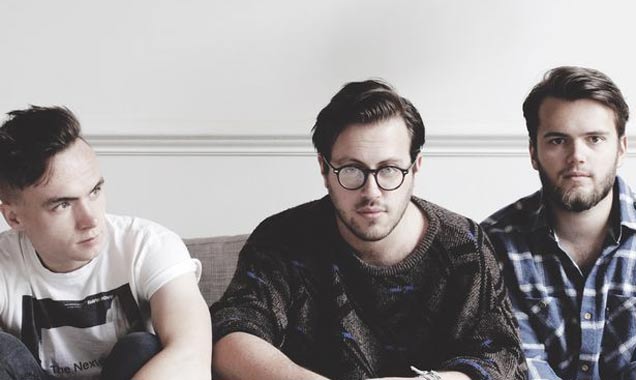 The Scottish synthpop trio achieved much success with their debut EP 'The Seeds You Sow' in February 2014, quickly garnering overseas attention and embarking on a US tour while also making an appearance at the prestigious SXSW Festival in Austin. Now they're spectacularly returning to the States with a special EP release just for them, alongside some new headline dates. 'Higher Love' features four tracks; two from 'The Seeds You Sow' (the title single and 'Messiah', which they originally performed at the 2014 Commonwealth Games), their 'FIFA 15' video game soundtrack song 'Out of the Blue' and, of course, title single 'Higher Love'.

Continue reading: Prides To Make Waves In The US With Headline Dates And Upcoming EP 'Higher Love'

Glasgow three-piece Prides are causing a stir in the UK and the US with their dynamic debut offering 'The Seeds You Sow' EP.

With almost ten years of experience each, Scottish trio Prides are finally cementing a very well-deserved place in the cool end of Glasgow's pop scene after exciting the nation with their 3-track debut EP 'The Seeds You Sow'.

The band have been signed to Island Records since vocalist Stewart Brock and drummer Lewis Gardner formed a project called Midnight Lion back in 2004. It started out as part of a university music course but later developed and, on the introduction of guitarist Callum Wiseman, they formed the appropriately titled new three-piece Prides in 2013. Over the course of the year, they have been working on their recently released EP 'The Seeds You Sow', which they preceded with lead single 'Out of the Blue'; a strong, synth-laden epic that's proven to be an astoundingly impressive introduction to their sound.

Contactmusic: Hi guys, how are you doing?
Stewart Brock: Yeah, we are all good thanks. We just drove down from Stoke and last night we played in Birmingham; we got into London this morning.