Just in case you thought animation was just for kids...

It's not that Pixar aren't known to make us tear up from time to time, but the latest animated short from their own animators is on another level. 'Borrowed Time' has got to be the most depressing animation we've seen since 'The Fox and the Hound'. Not even an exaggeration.

'Borrowed Time' proves animation doesn't always have to be comic

The story sees a miserable moustacheod Sheriff visiting the edge of a deep ravine in an American outback where a terrible accident took place years before. He has a flashback to his childhood, where he's riding on a coach with his Sheriff father who gifts him with his gold pocketwatch. But soon that scene takes a terrifying and fatal turn when they are pursued by a gunman on horseback. In the present day, the new Sheriff stands on the edge of the ravine ready to jump, before that old pocketwatch stops him making another tragic mistake. 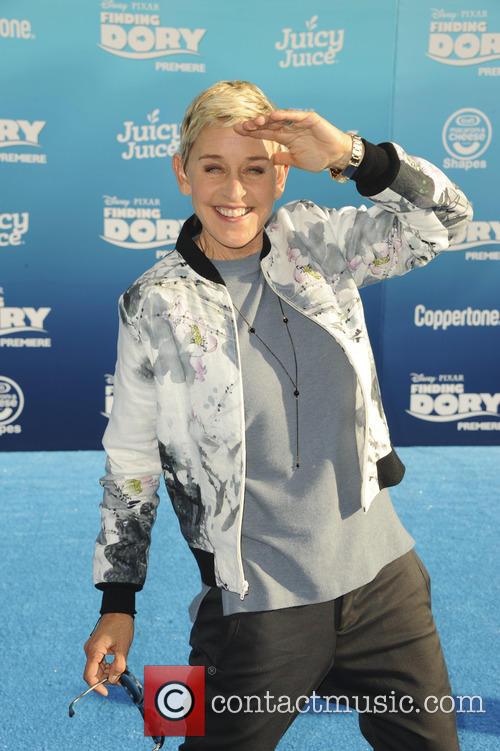 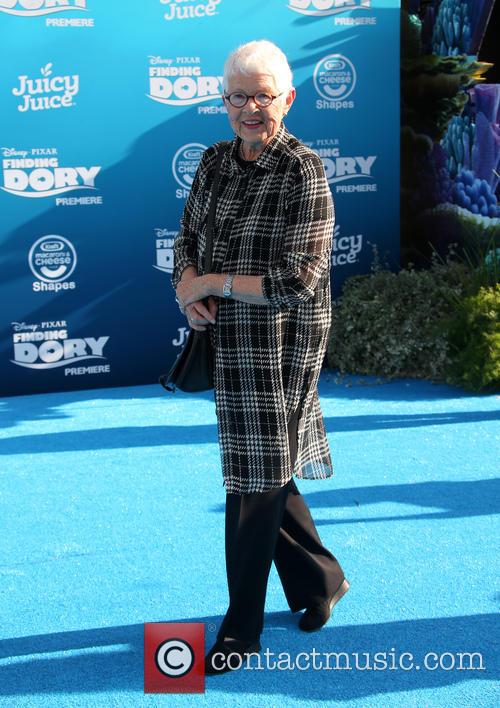 Sky will be the first network to broadcast new Disney movies on TV in the UK.

British broadcaster Sky has renewed its TV deal with Disney meaning it will be the first to broadcast films including Star Wars: The Force Awakens and Inside Out in the UK and Ireland. The deal extends the long standing partnership between the two companies, which was last renewed in 2013. 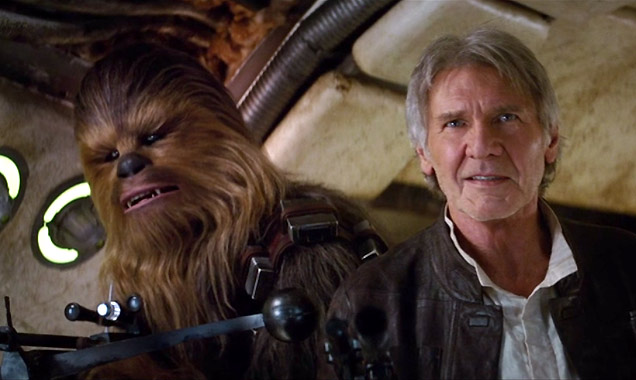 Star Wars: The Force Awakens will come to Sky in 2016.

Sky customers will be able to watch films such as Inside Out, The Good Dinosaur and Star Wars: The Force Awakens in the first pay TV window from around nine months after they are release in cinemas. This means fans could be able to enjoy the latest Star Wars film from the comfort of their homes as early as August 2016.

There’s always been chemistry between Woody and Bo, but their romance is set to explored in the next 'Toy Story' movie.

Move over Barbie and Ken because there’s a new toy couple in town! Yes at Friday’s D23 Expo in California director John Lasseter confirmed that the upcoming Toy Story 4 would be a love story focusing on a pairing which we always hoped could make it work in the end, Woody and Bo Peep!

Woody is set to find love with Bo Peep in Toy Story 4.

Speaking at the convention, Lasseter dished on what fans can expect from the fourth Toy Story instalment, "It's something we've never done with Toy Story before. It's a love story with Woody - and this is news - Bo Peep,” the director said.

'Jurassic World' Stays On Top Of US Box Office, But 'Inside Out' Breaks Records

'Jurassic World' has held on to the number one spot in a huge weekend at the US box office.

Jurassic World has topped the US box office for the second time this weekend, taking a massive $102 million. The dinosaur action flick starring Chris Pratt managed to beat Pixar’s latest offering Inside Out in a very tight race, which saw the animation take $91 million in it's opening weekend. 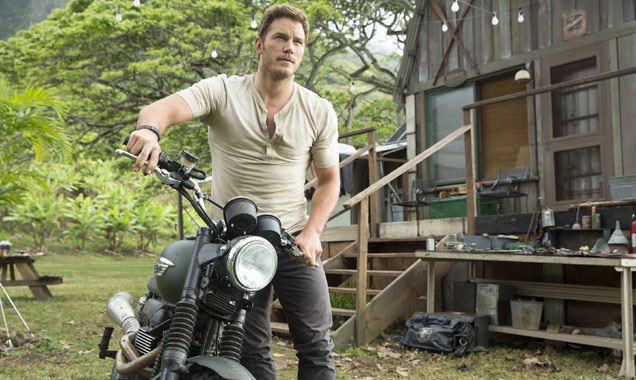 Jurassic World is still on top of the US box office.

But while Inside Out might not have managed to take the top spot, it did give Pixar the second-highest opening weekend in the studio’s history. "Inside Out would have been number one in any other weekend," said Phil Contrino, vice president of BoxOffice.com. "At the end of the day, it doesn't matter. Being number one is overrated.”

Continue reading: 'Jurassic World' Stays On Top Of US Box Office, But 'Inside Out' Breaks Records

Continue reading: Pixar's 'Inside Out' Gets The Critics Emotional At Cannes Premiere

The house, which has drawn parallels to the one in the Pixar movie, was put up for auction on Friday.

A Seattle property, described as the real life Up house, as failed to sell at auction sparking fears it will soon be sold to developers who will mostly like demolish it. The story of the house and its owner Edith Macefield bears a striking similarity to the Pixar film Up, in which an elderly man fights to save his home from developers.

Edith Macefield lived in the house for 60 years before she passed away in 2008 after battling pancreatic cancer. Miss Masefield had previously turned down an offer of $1 million from developers as well assistance with housing and health care, to sell the home which she had moved into in 1952.

Continue reading: The Real Life 'Up' House Fails To Sell At Seattle Auction, As Demolition Looms

What Is It About Animated Sequels?

How To Train Your Dragon, Despicable Me, Toy Story - the sequels often seem to outdo the originals.

In a Hollywood atmosphere that currently seems obsessed with stretching even the most moderate of box-office successes into a full blown franchise, sequels and prequels are a ubiquitous presence in cinema multiplexes. But in the world of animated cinema, where the construction of a film requires infinitely more hard work and dedication than a live action picture, sequels tend to emerge that better the original- a much rarer occurrence amongst many Hollywood pictures.

Gerard Butler stars in How To Train Your Dragon 2 which has won copious plaudits.

That’s not to say there aren’t a few howlers either, animated studios such as Pixar and Disney are just as susceptible as the rest of the film world in dispensing some truly woeful and misguided follow ups. The likes of Cars 2 and Rio 2 left no-one with the life affirming sense of warmth that truly brilliant animated films of this type should provide. As is universally recognised, a mark of greatness from an animated film is its ability to simultaneously appeal to children and the adults who accompany them to the big screen. The likes of Shrek 1 & 2 and the Toy Story trilogy are prime examples of catering for both age groups through crafty pop culture references and subtle entendre.

Continue reading: What Is It About Animated Sequels?

Continue reading: Meet ‘Inside Out’ Pixar’s Next Movie, Which Could Be Their Best Yet

'Frozen' And The Other Highest Grossing Animated Films

What other movies are up their with Frozen as the highest grossing animations?

This week Frozen surpassed Toy Story 3 to become the highest grossing animated film of all time taking over $1.072 billion at the box office. The Disney feature, based on Hans Christen Andersen’s The Snow Queen has not only raked in mega bucks, but has also picked up critical acclaim and two Academy awards, one for best animated feature of course. Whilst Frozen is now at the top of the list followed by Toy Story 3, we thought we’d take a look at the other big money animated films which make up the top 10.

Continue reading: 'Frozen' And The Other Highest Grossing Animated Films 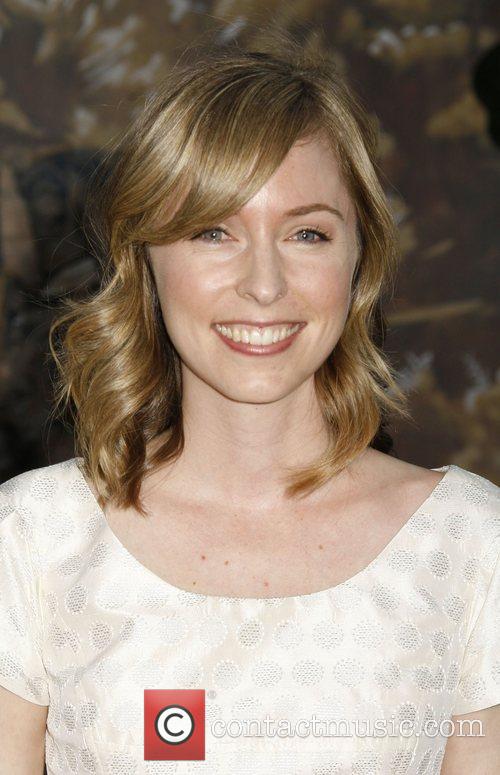