By Carla Washbourne on 09 September 2016

Review of Away Album by Okkervil River

'Away' opens in the most jarring of ways, in a quietly powerful sing-along track that seemingly puts the band in to its grave: "Okkervil River R.I.P". In the words of front man and driving creative force behind Okkervil River Will Sheff, this album was unplanned and not initially intended to belong to this band at all. The songs spawned quickly during a highly transitional period of his life, and were captured by Sheff in the growing realization that he was 'writing a death story for a part of my life' and putting personal and musical being back together piece by piece. 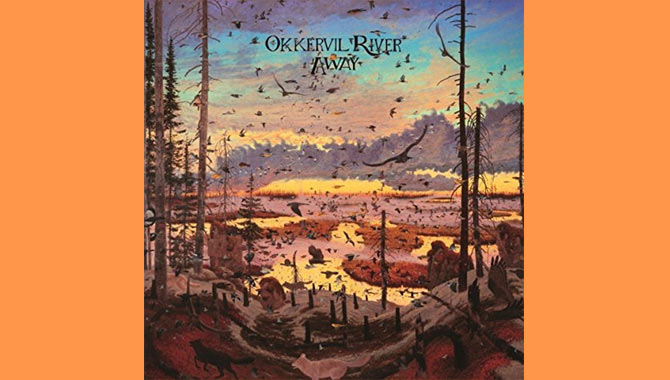 While still driven in large part by the soft, smooth musicality of Sheff's vocal, counterpointed only in relatively sparse and subtle support by a host of skilled musicians, 'Away' sees the emergence of a richer sound punctuated with orchestral flourishes. Vocal and instrumental support here is provided by a new group of musicians to the Okkervil River project including members of the classical group yMusic. Many of the songs were swiftly written and swiftly recorded and bear the marks of being so, not in their roughness but in their immediacy and raw emotional resonance.

The songs and subjects are as varied as they come: 'Comes Indiana Through the Smoke', written as an anthem for the battleship Sheff's recently deceased grandfather served on during World War II, is, like the imagery contained within, hauntingly beautiful. 'Judey On A Street' is a joyous staccato love song romp, equally bright and ominous, with the compelling feeling of movement; a song that viscerally runs through your system. Penultimate track 'Frontman in Heaven', another nod to the dark and compelling writing process and personal turmoil within, is 'Away' at highest volume, the most visceral and acerbic.

This album does not make for easy listening, you are rewarded for your perseverance. Its sparse, echoing nature and often stark subject matter give way to glimmers of hope and clarity, intrinsic or extrinsic, through word or through melody. Listen deep, and the feeling of treading the path through the creative process to the album at the end of the journey is more than worth it. 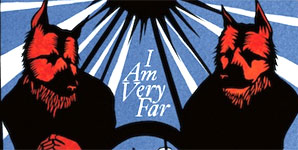 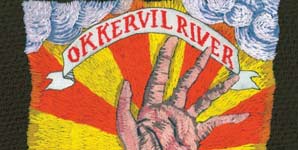