Review of Last Days Of Meaning Album by Nitin Sawhney

Nitin Sawhney's ninth studio effort is a concept album in the truest sense of the term. At times challenging and often melancholic his brand of social commentary is perfectly suited to the broad musical spectrum that he employs. On the surface Last Days Of Meaning is a diverse set of songs in different styles weaved together with spoken word sections, however the narrative it creates is rather compelling. 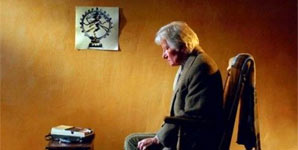 The protagonist is a character in the twilight of his life, played with some gravitas by John Hurt. When we first meet Donald Meaning in his bleak and cold flat, it's difficult not to feel that he is a stereotype of an ageing population, isolated and confused by modern society. However the way in which Meaning is fleshed out over the subsequent 50 minutes brings depth to his story. The intervening songs form part of a mixtape sent to him by his estranged ex-wife. They comment on his situation, but not in a malicious way, there's sympathy present here as well.

Musically the album starts with a fuzzy blues riff which gives way to a solitary piano and soulful vocals provided by Yolanda Quartey: "It's an easy life for the angry kind, with a heart that's growing cold. Just close your eyes and blame the world." 'The Devil and Midnight' sets the scene for Sawhney's kitchen sink drama effectively, the song becomes a full blown blues stomp by it's conclusion and makes Hurt's opening monologue seem all the more bitter.

The classical Indian influences of Sawhney's earlier work only start to appear by the fifth track, 'Say You Will'. A sitar and chanting are used as the backdrop to a composition that relies on Nicki Wells and Jon Bilbrough's enchanting multi-lingual performance to illustrate the changing demographic of modern day Britain. It's something that Hurt subsequently comments on when he makes derogatory comments regarding immigration.

The album continues to highlight different styles with electronica, folky pop and instrumentals punctuating the venom and despair of Donald Meaning's existence. 'Projector' sums up the central characters predicament eloquently when Tina Grace and Jon Bilbrough sing; "an album of hate, a diary of fear, a mirror of hate, your world is but a tear". However the album can be listened to on a different level as well, taking the tracks on their own without the context of Hurt's commentary provides an equally satisfying experience.

As Last Days Of Meaning draws to a close there is a sense of hope that Donald won't wallow in pity as he opens his front door to an unheard visitor. It's a story that doesn't need a concrete conclusion, as essentially it's a snapshot of a life and in a wider context a comment on British society.

Although its narrative does demand to be heard in a single sitting, Sawhney's latest project is rewarding and doesn't outstay its welcome. While repeated listens will reveal the merits of individual compositions, it's probably an album that listeners will eventually cherry pick their favoured tracks from. By fusing the core elements of the work of someone like Alan Bennett, with his own eclectic musical tastes, Sawhney has created something that's ultimately unique. 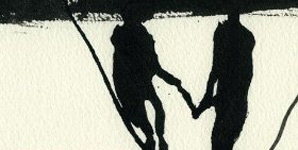 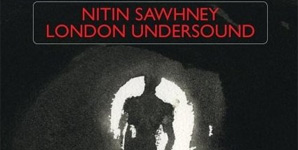