Review of Brute Force Album by The Algorithm

If thunderous and evolutionary music mashup is what you're after then The Algorithm's highly anticipated album Brute Force is exactly what you've been looking for. Set to be released on April 1st, the roaring 10 track masterpiece features a roaring and abrasive mix of soundscapes mixing metal, rock, edm, synthwave and sheer lunacy to create one of the most cohesive and redefining crossover albums to date. 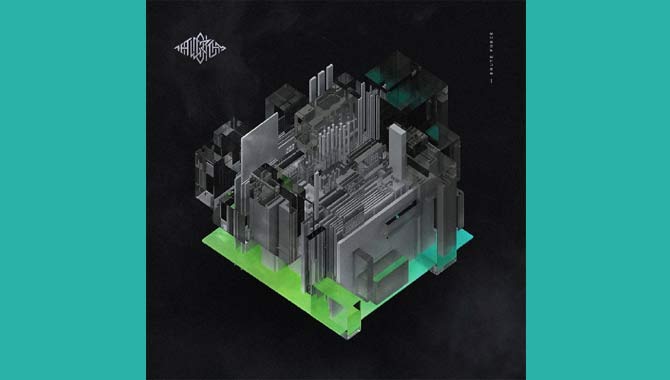 The album follows Polymorphic Code and Octopus4 which shows The Algorithm gradually progressing from delivering tracks that were a little glitchy and experimental to an interesting and unique collection of true class. The Algorithm have tweaked their sound in order to deliver a quality, refined album. Watching the one-man group evolve over the albums has been the most impressive part of The Algorithm's career.

The aggression of the drum and guitar sections are complemented by the bass wobbles that edm provides. Brute Force is their heaviest album to date but this heaviness is not overwhelming. If anything the album hits the sweet spot, finding the perfect balance between tech metal and electronic music. It's clear that Remi Gallego, the mastermind behind The Algorithm is growing more and more comfortable with his song writing and production, and Brute Force is an enjoyable album from start to finish.

Shell Code is possibly the best track on the album, with effervescent echoes of heavy Born of Osiris, but instead of simply repeating what we've already heard, the track masters a fusion that no one else would be capable off.

What's most impressive about the album is how it is made to be listened to as a whole rather than picking out certain tracks. It is a piece of heavy metal crossed with electronic art, which is deservedly one of their most remarkable works to date. This is unique as it can be difficult to not reproduce tracks or deliver tracks that sound identical and the blend of electronic and metal only makes this harder. With Brute Force we see the album evolving as it goes through track by track, which makes it a mastermind's masterpiece. There's not one point on the album where you can pick fault or one that doesn't fit, as the tracks roll seamlessly into one another. Brute Force is a fine example of pure, refined crossover music, which was exactly what we were looking for. We can only hope that The Algorithm will keep to their experimental, heavy roots and keep producing quality albums like Brute Force.