Review of Routes Album by LV

Chilled out and quietly enjoyable, consistent without ever being overwhelming, Routes is a strong, understated record. It's the result of a collaboration between post-dubstep producers LV and vocalist Joshua Idehen, but there are few signs of creative tension, and none of the oddball experiments which sometimes result from unexpected musical alliances; instead, this is a smooth, coherent effort. 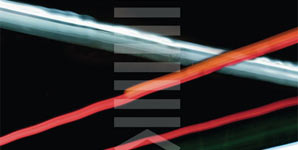 The production invites liquid-based metaphors, so let's break out some watery clich's: the synths flow fluidly; they swirl softly, except when (on more assertive tracks such as the rave-recalling 'Primary Colours') they rush; they trickle and bubble. You can submerge yourself in them. All of which is a convoluted way of saying that the tracks which make up Routes are, for the most part, relaxed and subtly funky efforts, underpinned by deft, unassuming beats. LV used to be on Kode9's dubstep label Hyperdub, but nothing here has much in common with a stereotypical dubstep track. Traditionally, dubstep places much more of an emphasis on deep, dark bass and disdains easy funkiness and bright synths.

Tonally, too, Routes occupies a very different space. Dubstep tends to get associated (at least by outsiders) with a downbeat, melancholy sense of urban alienation; it's music made by and for the streetwise but introverted kid in the hoodie, the kid who dances alone in the club and and then waits patiently in a dark, graffitied bus shelter for transport home. Routes, despite notionally being partially themed around London transport routes, is aiming for a different target; it's more comfortable in its own skin, relaxed, at one with the city, poking fun at it and occasionally, half-heartedly, bemoaning its problems. This approach reaches its apex (or alternatively its nadir, depending on your tolerance for silliness) with 'Northern Line', on which Idehen wheels out a series of ridiculous, half-arsed observations about the stations on that particular tube route ('What chu know 'bout King's Cross? Get girls in King's Cross...What chu know 'bout Moorgate? I don't know anything about Moorgate'...you get the idea). The contrast with, say Burial's 'Nightbus', another track about public transport, but a track which is still, serious, and contemplative, is a stark one.

Whilst interesting (to me, at least), none of this is necessarily a bad thing. It not like anybody wants to accuse LV of doing dubstep wrong or blasphemously ignoring the holy scriptures laid down by Hyperdub some years ago (and, anyway, their roster was notably eclectic); change is good, and British dance music is much more wholehearted in its embrace of change than, say, indie or metal. We're firmly post-dubstep these days, and possibly even post-UK Funky (unless you spend too much of your time haunting electronic music forums, it's difficult to know), so the lighter, looser touch which LV show is very much commonplace. What's more interesting and novel is the role played by Idehen. He drifts in and out of songs, never trying to dominate or overwhelm, contributing isolated lyrical fragments and repeating phrases, all of them spoken softly and conversationally, like a less introspective Spaceape. LV sometimes play with his vocals, shifting their pitch and cutting them up, so that they sink even further into the synths surrounding them. Idehen doesn't demand your attention, he leans back in the hope that you might be interested enough to lean forward, and sometimes, as on 'Moorish Delight', he more than earns your attention. His contemptuous treatment of racist graffiti on that track is the lyrical highpoint on an album which is perhaps a little short of sparkling, stand-out moments, but is nevertheless an absorbing listening experience.