Hailing from Sweden, Jenny Lysander has conjured a debut album, 'Northern Folk', which offers a beguiling, quirky sound that helps to subvert the singer/songwriter genre which can frequently feel bloated by its earnestness and saccharine banality. 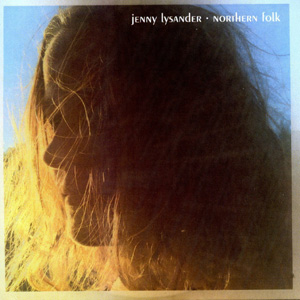 Lysander, who has drawn favourable comparisons with folk luminaries such as Nick Drake and Fairport Convention, has brought together a collection of enchanting, soft, magisterial odes which effortlessly paint landscapes of beauty and mystique. This is most evident on the album's title track, a tender vocal accompanying the soothing arpeggios.

The tempo of the record is a little one-paced, but variation is found through the lyrical content, which contains a poetic quality. Songs such as 'Latin Feel to Painter's Brush' and 'Dancing on the Edge' showcase the dextrous wordplay of Lysander.

Produced by Piers Faccini, 'Northern Folk' is an endearing, angelic and, at times, uplifting soundtrack to an idyllic summer break.