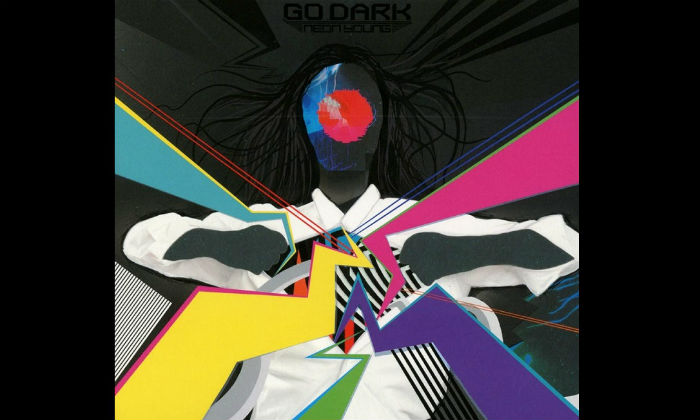 The eleven tracks that make up 'Neon Young' combine an alternative electro backdrop with a hip-hop swagger and menacing undercurrent.

The left field beats, off-kilter rhythms and frenetic percussion score a subterranean soundtrack that has both an attitude and an excitable unease. It's like couture-electro ready to make the break from its high-end niche into the mainstream. Mainstream, however, is something that Ash is at pains to avoid; she's all for an old school punk sensibility and non-conformity. 'Neon Young' may be born out of club culture and has dance music at its heart, but it also has enough about it to transcend genres and neat category boxes.

A terrific bubbling bass line underscores the vocoder enhanced 'Get Out', a track that highlights the overall creativity that has been brought to bear on Neon Young. This duet about "Oakland's rapid gentrification" is a multi-layered piece of experimental pop that fizzes along to combine so many elements brilliantly. The first single to be lifted from the album, 'Violetest Red', employs a different approach with a generally slower score, call and response vocal interaction, harmonised backing vocal and more conventional percussive pattern. The album maintains this variety through the majority of the tracks ensuring that you never switch off and that it's always at least interesting.

For a performer who has admitted to finding it "horrifying" when she came to initially "finding" and recording her voice, Gallegos has done a pretty good job. Her vocal dexterity combined with some of the vocal treatments work very well against the variety of complex arrangements. One of those arrangements, 'Beautiful B***h', is another of the tracks that stands out as a highlight on 'Neon Young'. The stop-start song veers between minimalist revolving vocals over a repeated beat during the chorus to a full on pumping and pulsating electro score. There is a finely poised balance to the production. It is not overblown, over-polished or forced. Here, as on the piano led 'El Barrio', the intermittent frenzy of 'On Gone' and elsewhere, there is an edgy, nervous energy that has been transferred onto the recording. It's a digital, sometimes dirty, sometimes dark album with an alternative analogue heart.

For an album said to be about "repression and identity", Go Dark's debut seems to have captured a collective freedom of expression that needed a release. A chance meeting of kindred spirits has resulted in a somewhat unlikely outcome manifesting itself as a surprisingly good first album.