East LA four-piece Feels follow up their self-titled debut of 2016 with an album full of social commentary and frustration about the state of the world they live in, as well as the disappointing degree of apathy there seems to be towards changing it. The record doesn't so much as have a manifesto as an agitated attitude and passionate, but defiant, sensibility. 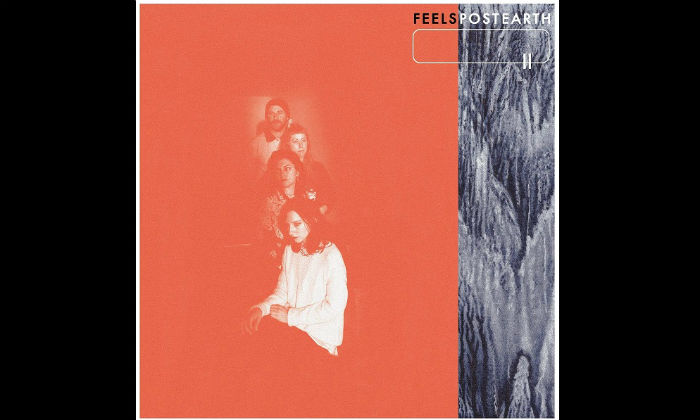 The eleven tracks that make up Feels' latest release combine a raw garage band authenticity with a self-assured swagger. Opening track 'Car' is a burst of fuzzy guitars with a walking bassline and crashing cymbals over a driven beat that has a New Wave disposition. "The land of the free, one nation under fraud" is the lyric that cuts through as Feels express their despondency and disappointment with the current state of the US. Second track 'Awful Need' is pacier with a harmonised two-part layered vocal and an off-set skip in the beat. There's an intricate guitar solo and a faint echo of The Bangles about it. 'Find A Way' is driven by a bubbling bassline courtesy of Amy Allen and a distressed and angry rhetoric courtesy of the impassioned vocals of Laena Geronimo.

Further on, 'Sour' goes in an Avant-Garde direction with a slightly more experimental, dystopian soundtrack. The darker, altogether more claustrophobic, track is anxious and fraught and full of an uneasy tension. 'Last chance' initially employs a familiar drum beat and perfectly combined bass to help lead the track through its various passages before the title track of the album kicks in. 'Post Earth' starts gently enough but quickly shifts tack to reveal a spikier underbelly, contrasting melodic vocals with piercing guitars and punchy percussion.

As good as they are, however, it's not on the longer tracks like 'Sour', 'Flowers' or 'Post Earth' that showcase Feels in their very best light. Where they excel, where they ignite and burn brightest, is on the condensed fire balls 'Anyways' and 'Deconstructed'. The former starts like a Stranglers cover, you can almost hear JJ's bass though Allen's technique, and the latter is more edgy, urgent and barely tamed. The shortest track on the album 'Deconstructed', coming in at just 1:21, has a Dead Kennedys like frenzy to it. The fastest, most frenetic and anarchic of tracks has a percussive velocity that hurtles along at breakneck speed and a vital immediacy that you can't ignore (it comes as no surprise to discover that the producer, Tim Green, has previously worked with Bikini Kill).

After exploring various avenues along her musical journey, including The Los Angeles Junior Philharmonic and Raw Geronimo, lead singer Laena Geronimo has seemingly hit a sweet spot with Feels. Together with old friends Shannon, Amy and Michael, Geronimo has pulled together a band that are producing some great Garage Rock full of purpose and intent.