Review of Theory Of Colours Album by Dauwd

Dauwd's profile for an artist/producer held in such high esteem by so many is minimalist – a rare podcast here, a few sponsored words as part of an Ableton teach in here – but his pull is obvious, having released his richly patterned, understatement filled electronic music on the connoisseurial Ghostly, Kompakt and now the UK's Ninja Tune labels. 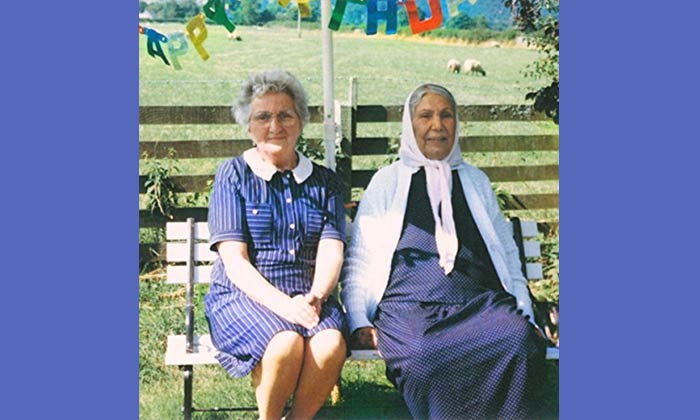 A high bar indeed, but for all that Theory Of Colours arrives with all the fanfare of a cat burglar, it's familiar on a number of levels, not least of which is the US born, London living magus' ability to make the complex and multi-textural sound so totally effortless. The narrow, untroubled definition applies to both the music and the album's presentation, a superficially modest seven tracks with a running order of just over fourty minutes.

But what a two thirds of an hour the listener experiences. There are numerous clear soundalikes – early Warp, Fort Romeau, Tycho, krautrock, Orbital – but genre tourism isn't really the point, the key to Theory Of Colours appeal is in the mastery all of those disparate threads, the alchemy of creating something which sounds unique in a field brimming with inventive and technically capable performers.

It's easy to hold onto the perception that this lack of kinetics, the loss of rhythm's primal connection to our subconscious that drives us to dance, equals a lack of emotion, the machines unable to conjure love, desire or euphoria. At nine minutes Unconscious makes that theory into dust; full or warmth and subliminally tilting at a road trip into the sub-tropical night, it's sketchy Latin overtones hinting at promises only imagination can keep. There's also something incredibly attractive about the discipline and control, Leitmitov's early basic channel hum like that of a production line, all spectral pops and white noise before a naked piano loop gives it a rare veneer of kismet.

Curated diffidently, this modernism is the last century seen through a prismatic, uber contemporary lense; recording in a semi-vacuum, the bold, avant jazz strokes of opener Macadam Therapy are that of a savant falling under his own spell, whilst the titular closer is like listening to twins, one a mad professor tinkering in a 1970's radiophonic workshop, the other blowing and waxing long into the night.

Theory of Colours in fact is a lesson in contrasts, introspection for the extrovert clubber. Analogische Memories would be more accurately described as repressed thoughts from Detroit; Glass Jelly by comparison is house so deep it was probably found somewhere a hundred feet under Chicago. Neither break their chains, not because of a lack of ambition but because the obvious goal is to intrigue and caress rather than beg for answers.

Making noise for himself as much as anyone else, Dauwd Al-Hilali has turned idiosynracy into gold, his output invading good taste lists like telegrams from his psyche. Theory of Colours is a collection of these missives, a manifesto that daren't even speak its name. The journey through it is a brief, but exciting one.