The internet has reacted to an unintentionally awkward video trailer for Apple Music’s upcoming new show ‘The 411’, which sees singer Mary J. Blige singing to Democratic presidential candidate Hillary Clinton while interviewing her.

The clip of the exchange, released on Monday night in the wake of Clinton’s first televised debate with Republican rival Donald Trump, is for Apple Music’s new chat show coming this Friday (September 30th). The idea seems solid – two women outstanding in their respective fields in frank discussion.

However, Twitter reacted with bafflement to one clip, which sees The Queen of Hip-Hop Soul sing an impromptu version of Bruce Springsteen’s ‘American Skin (41 Shots)’ while they’re discussing the hot topic of police brutality against unarmed black men.

Blige, 45, reaches out and grabs Hillary’s hands, looks into her eyes, and sings the lyrics: “If an officer stops you, always be polite, and never ever run away. Promise Mama you’ll keep your hands inside. Is it a gun? Is it a knife? Is it a wallet? This is your life. It ain’t no secret. It ain’t no secret, no secret my friend. You can get killed just for living in your American skin.”

More: ‘Will and Grace’ comes back for mini-episode to voice support for Hillary Clinton

However well-intentioned the idea behind it, the entire sequence seemed skin-crawlingly awkward and Hillary’s completely straight-faced reaction came across much funnier than it was intended to be. 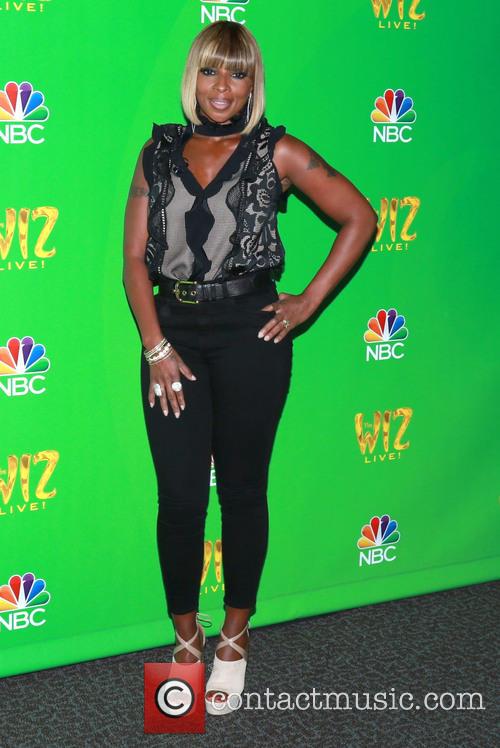 Twitter being Twitter, Hillary’s face was pretty quickly turned into a meme and, despite Apple Music rushing out a second trailer featuring a more straightforward clip of the conversation itself within two hours of the first, the damage had already been done.

MJB: can I sing something for you?
Hillary: I don't think we have ti-
MJB: ?? If an officer stops yoooou??
Hillary: pic.twitter.com/Vi7vVbjskU